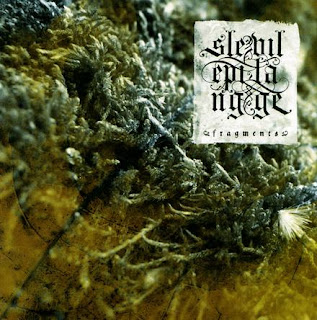 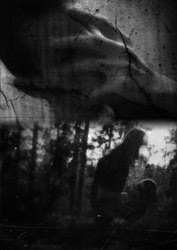 Sleeping Village is an atmospheric black metal band from Italy. This is their second EP and follows suit with that record with a very Burzum influenced sound. The sound quality of this release might be a little off putting, but for those that are into this style, they'll be used to it.
The sound on here is very raw and hazy sounding for the most part. This can really do wonders for the cloudy sound, keeping things in the dark, so to speak, by making things noisy and hard to really decipher. The guitars are extremely distorted and keep this sound through all 4 tracks, and this is probably the worst thing about the entire EP, the guitar sound. Everything else on here has a sound that fits very well with the sound I could imagine these guys going for, very open and dreamy soundscapes that makes for great ambient and post-rock vibes.
Post-rock is exactly where this band's sound is the greatest on this EP. In the opening track, My Quality of Being, most of the track is heavy and slow distorted metal with a strong presence of ambient work behind all the noise, but during several moments within the track, cleaner guitars playing very post-rock/dream pop kind of stuff emerges and really makes the track. Most tracks do tend to at least explore this realm, which is a good thing, and it never seems to wear on you after listening to this several times.
The vocals are not the strongest part of this band, reminiscing a bit of old Burzum. Basically you'll find that the style on here comprises of high banshee screams and some low roars. The vocals aren't all that high in the mix and don't appear all that often, so it doesn't really dampen this record too much.
Probably the most out of place track on here would be the 8 minute ambient/drone piece, Out-of-The-Way. This track really just is meant for background music, for the most part you get low drones with some weird synthe work over the top of it to try and make this all trippy and spacey. This track really doesn't seem to fit in with how the record was flowing together.
Overall, this is an alright EP, if you're a fan of this stuff. Hopefully the duo decide to experiment more with the shoegaze/post-rock stuff on their next release. If you were disappointed by Burzum's new record, check this out, it'll be in a similar vein to his stuff.
Overall Score: 6
Highlights: My Quality of Being

Posted by maskofgojira at 4:57 AM