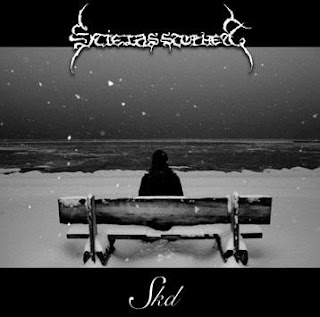 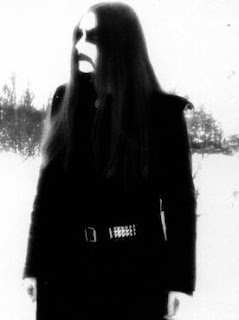 Stielas Storhett is a black metal project from Russia. This new EP is his second official release, if you don't count the split he was a part of, and pretty much is along the same lines as his debut record. Fans of the depressive scene will have another one-man band to check out now.
This EP won't really give you a whole lot you haven't gotten from other depressive groups, but it does this in not so much a unique way, but something that is slanted a bit more towards the old-school. This EP is certainly depressive, melancholic, and all of the above, but it leans more towards an early black metal sound than most of the bands in that genre tend to do. It is somewhat of a mix between depressive, melodic, and more traditional black metal styles.
While this is not a unique mix, some of the guitar melodies are actually very well done. Both of the tracks on here feature some fabulous leads that make it hard to really put the depressive tag on this project. The only real traces to be found of that style are the mood that the guitars set and the more mid-paced riffing that carry most of the tracks.
The vocals on here can be a bit grating though, in comparison to the music itself. The screams aren't so much screamed as much as they are like a raw, throat-shredding yell. Damien T.G.'s vocals have a roughness to them and can even sound hoarse at times.
Overall, this is actually a very decent EP that has some of the best sounding melodies found in black metal of all this year. Some melodies can actually hark back to early melodic death metal style lead work. Any fan of black metal should definitely consider checking this EP out.
Overall Score: 7.5
Highlights: SKD II
Posted by maskofgojira at 11:26 AM