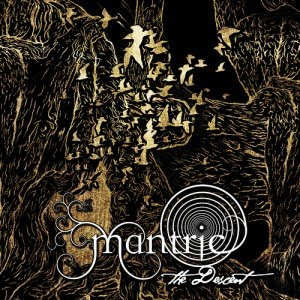 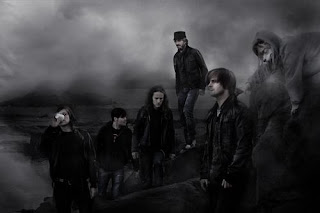 Mantric is a progressive metal band from Norway. Featuring members of prominent progressive groups like Extol, Lengsel, and Benea Reach, one can assume that this is not going to be just another Dream Theater rip-off band. Much like the groups from which these guys came from, this album tries to push the boundaries of musical progression as well.
Always trying to push their music into new territories, this album was originally meant to be the next Extol record, but the band went on hiatus before things could be completed. The 3 remaining members, guitarists Tor Magne Glidje and Ole Halvard Sveen and bassist John Robert Mjåland decided to continue with the already written music and expand upon it. Building upon the more progressive ventures of the last Extol record and bringing more influences from their other projects.
Musically, this album really contains what could be described as the members own take on a mix of technical and progressive metal, thrash, and post-rock. Tracks like Symptoms really have a unique vibe to them, as if the track was alive and moving, that feature riffs that just seem to wind around each other while containing a distinct atmosphere behind it. While the riffs themselves feature a thrash and prog sound that was becoming more and more present in Extol's later albums, this album explores a bit more within the post area that the band was going into on "The Blueprint Dives" album, tracks like Cognitive Cocaine and Choice.
Vocally, comparisons have been made to Extol vocalist Peter Espevoll, but the vocals on here really do have a bit of a different style to them altogether. Since 3 members of the band do provide the vocals for this group, obviously you're going to get a bit more variation than just one person doing them, even if the one is extremely talented. Peter's vocals were a bit more guttural and his cleans were melodic and tuneful, but the vocals on here range a bit more from the same sort of singing style to hardcore yelling and a few black metal rasps, hear Alihorn.
While the sound of this album is definitely progressive, the last handful of tracks are really where the band seem to hit their stride. Tracks like Exorcism - In A Treacherous Kiss and Water Through Fire seamlessly blend the technical "math" metal riffs with the post-metal excursions and soundscapes. One could see this as almost an Opeth reference in their sound the way the just seem to move from one to the other without hesitation.
Overall, this album is a very good example of modern progressive metal, the more extreme side of it anyway. Fans of Extol will check this out regardless, but if you have doubt about the sound because you were not a fan of "The Blueprint Dives" than you might have a bit of trouble with this. If you want an unexpected dose of modern prog, by all means, check this out.
Overall Score: 8
Highlights: The Invasion, Spear of Heaven, Exorcism - In A Treacherous Kiss, Dark Passenger
Posted by maskofgojira at 12:20 PM