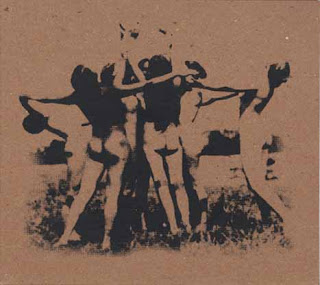 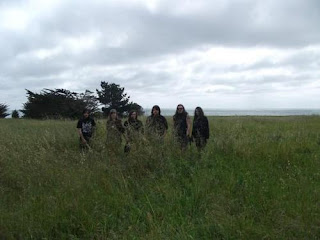 Addaura is a black metal band from Washington. This is the band's first release and really shows a spin on black metal's more root sound. These six guys manage to make this demo actually listenable without going overboard.
First of all, the production on here perfectly suits the style that these guys are going for. The production is raw enough to allow emotion and ambiance to come through, but clean enough for you to hear everything. Granted, this is a demo, so it's not the most sophisticated sounding, but for what it is, it works well.
The performance, or songs, are done well, playing in a style titled cascadian black metal, similar to that of Wolves In The Throne Room or Drudkh. Tracks are able to progress nicely into different sections, like the opener White Deer for example, where for most of the track, buzzing guitars are going along at a decent mid-pace, but they add acoustic sections into the track, allowing this song in particular to have a very dynamic pace to itself. The texture added by the piano is also very welcome, giving the track an almost folk vibe. It's nice to hear a band willing to experiment with different styles at such an early stage, from the folky leanings of White Deer, the slower doom on Bereavement, or the progressive leanings of Through The Rain, the band are exhibiting the urge to create something different and unique.
The vocals on here are conveyed with a lot of emotion. The screaming is intense, but not in your face, emotional, but not overboard, a very good mix of feeling that seems a lot more real than your average black metal screamer just tearing his throat out. At times the scream can be a bit on the annoying side, but the vocals aren't even that high up in the mix, so it doesn't pose a big problem.
Overall, this is a very promising debut recording. Fans of black metal that is not progressive, but exploratory, like the bands mentioned above, will definitely find this demo a welcome addition to their collection. This demo is exciting, definitely a band to keep an eye on.
Overall Score: 8
Highlights: Bereavement, Orche and Ore

Posted by maskofgojira at 9:58 AM