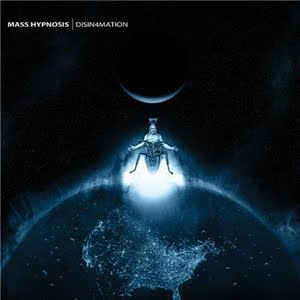 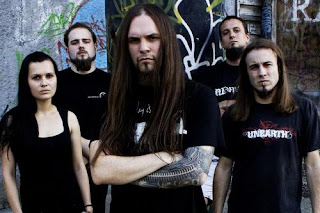 Mass Hypnosis is a melodic metalcore group from Croatia. Their sound is fairly modern and is very similar to many other bands coming out nowadays within that scene. Utilizing elements from extreme metal, but mainly melodic death metal and metalcore, are said to be their influences.
The group demonstrate the two genres mentioned above the most and stick to those genres without much deviation from them. The occasional thrash metal riffs are scattered in a few tracks, as well as a bit of deathcore pig-squeals and a few symphonic interludes are also used here and there. You won't find a lot of change in this album, with the band sticking to a very tried and true sound that will probably get them a lot of fans within this scene.
All the scene kids that go to see these guys like will be happy to know that there are plenty of breakdowns, though that is sort of expected from the -core tag. The worst thing about this is the sheer amount of breakdowns on here, if it was just once per song, that would be fine, but the band manage to fit several within a song. This is actually the blow that hurts this album the most, the use of so many breakdowns within the album, hey, they even manage to fit a breakdown into an interlude, a good one by the way, The God Delusion.
These guys also manage to fill up more time than this album need by just filling up this album with interludes. Half of this album is actually made up of interludes, either filled with symphonic ambiance, one of the few times you can even hear the keyboards at all on this album, or with samples. The worst one is the final track, in which the actual track is only about 6 minutes long, the band then fills up another 10 minutes with a sample.
The vocals on this album are fairly boring sounding, but entertaining to hear this guy's impression of other vocalists. His growl sounds like John Tardy losing his voice, while the few singing moments actually manage to make you want to start laughing. You also have your typical hardcore/metalcore chants, hear Annuit Coeptis and Sorrow, which are boring and don't do much for the song at all. Like stated above, pig squeals are also used in a few songs, which are cringe worthy, literally.
Overall, this is a pretty boring album, and the only real thing that saves it is the samples that the band has actually chosen. The songs on here are pretty poor and unoriginal sounding with some of the most boring stuff I've heard all year. If you're into the whole metalcore sound and you like a lot of breakdowns, check this out, otherwise, avoid.
Overall Score: 2
Highlights: Shadowed (Population Under Control), My Friends, My Enemies
Posted by maskofgojira at 5:49 PM