The Monolith Deathcult - The White Crematorium 2.0 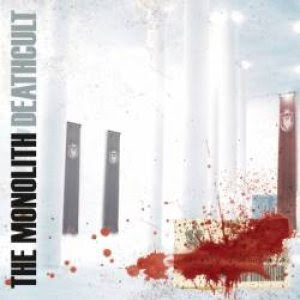 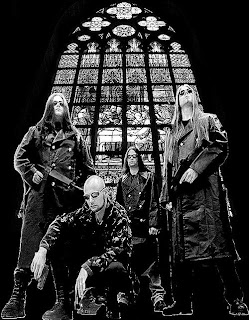 The Monolith Deathcult is an industrial death metal band from the Netherlands. This release is a re-recording of their second full-length, "The White Crematorium," with newer vocal tracks and drums. The compositions themselves are pretty much the same as the original versions though.
Since the compositions themselves are pretty much the same as on the original, and explaining the small details over how this is different from the original would be tasking and most likely extremely boring, I'll just explain this album, fully, for those that have never heard this band and/or album before. The Monolith Deathcult are an interesting group for death metal standards, seeming to take a lot of different sounds and blend them together into a very extreme brew. No one will deny that this band is brutal, with low guttural vocals and constant pounding double-bass work, these guys probably will have more in common with the more brutal side of the genre, think Defeated Sanity or Severe Torture.
The difference between this band and all those other bands in the brutal genre, or at least the one that stands out to me, is that these guys manage to write some great riffs. Tracks like 7 Months of Suffering or 1567 - Under The Blood Campaign have great grooves while maintaining that very brutal death metal core sound. There are also traces of symphonic music, mainly utilized in the background of tracks, but really seem to give a great sense of emphasis on certain parts of that song. While most tracks have only slight touches of industrial and symphonic in their overall sound, the bonus track on this "2.0" album, Kindertodestanz, could almost be a Rammstein song if they had taken out the bit of growling in the middle of the track. Another thing that makes this band so interesting is that while they are brutal and very technical, songs, more often than not, have a sense of melody that drive the track and really make it much easier to get your head around.
While most of these tracks are fast and aggressive, the band know that to make an album dynamic, you have to have moments to let people breathe. Tracks like The Haunted Ravines of Babi Yar or the title-track, The White Crematorium, slow things down to a doom speed and really allow the tracks a lot more ambiance and room to stretch out. The title-track in particular, slowing down to that of funeral doom-like sound, with just crushing bass and guitar lines and vocals that even sound a bit like Peter Steele (Type O Negative).
The solos that are littered through here are all going to make your head spin. If you're a fan of whammy bar play, then this is what you're going to go crazy looking for, but if you're not, than this might not be your cup of tea. The solos kind of hark back to old trash like Exodus and Slayer type of soloing, very fast and technical that can rip through a song like a hot knife through butter.
Overall, while this re-release/re-recording or whatever has a bit of a better sound, it is nothing really all that new. Considering this is just an old album put out again, it's not that big a deal. Check this out if you haven't heard the band or if you're just a collector of this stuff. Still a good album 5 years later.
Overall Score: 8.5
Highlights: 7 Months of Suffering, 1917 - Spring Offensive (Dulce Et Decorum Est), The White Crematorium

Posted by maskofgojira at 11:26 AM