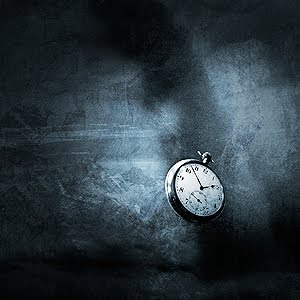 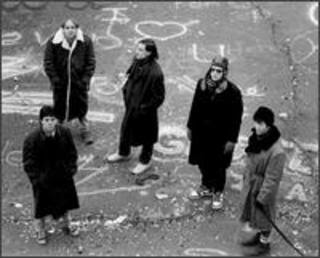 Bigger, Better And Yet The Same.

Starkweather is a metalcore band from Pennsylvania. This is their first release after 2005's returning album "Croatoan." This follows the same vein as their other records with longer songs and technical musicianship. Before I get any further, I will make it clear that this is the first Starkweather album I have listened to completely.
Starting an album with a riff that sounds like the sludge side of Converge can be a bit perplexing as to how a so called metalcore band is supposed to sound. The mix of sounds I found on this record was a bit surprising to hear, even from a band that is credited for helping create metalcore; traces of jazz, mathcore, sludge, obviously hardcore and punk, but also bits of ambient music as well. The mix is something quite unique and is crafted a bit differently than many bands within the -core genre would usually attempt to do within tracks, but then again most "real" tracks on this album are over 5 minutes.
I can certainly see why bands like Dillinger Escape Plan, Converge, and Mastodon cite Starkweather as an influence after listening to this album. Most evident within the drumming on here, a lot of different fills are placed within these tracks, something that can be seen in the 3 bands listed above. Another thing is the fast and technical guitar work during certain parts of this album, hear The End of All Things, which are obvious within Converge and DEP. Even the in the vocals, you can hear kind of where Jacob Bannon is somewhat influenced by this guy.
The vocals on here are a little different for my tastes. You happen to have very strained singing type of stuff, but also some more hardcore yells, metalcore-ish, think Converge here, screams and growls, it's varied, but still different. Even more vocal styles are used as well, to varying degrees of success, but it's really more of a personal taste sort of thing.
Probably the most annoying thing about this record is the fact that there are so many interludes on here, to be more specific, almost every other track on here is an interlude. Most of these tracks are below 5 minutes; but are all almost at least 2 minutes long. Contrary to what many might think of an interlude, these are most like ambient or noise tracks that bridge one track to another, in a very obvious way.
As mentioned before, most of the real tracks on here top 5 minutes easy, but tracks like All Creatures Damned and Divine and Bustuari that top 8 minutes, the latter track is almost 10, are just a little too self-indulgent for my personal taste. Grooving for most of the track, but remaining a little too similar to the way it was before it changed, not enough things change within tracks this long to keep your attention for the whole thing. Tracks like Martyring are so much more satisfying to listen to because the band manage to go into a more melodic and soft realm that, for one reason or another, aren't explored within the longest tracks on the album.
Overall, this is much better than any other metalcore record released in the last few years, but still not enough to blow me away. If you're a fan of the band's older work, this doesn't differ too far from that style. What some original sounding -core, check these guys out.
Overall Score: 5.5
Highlights: Epiphany, Martyring, Receive

Posted by maskofgojira at 9:44 AM