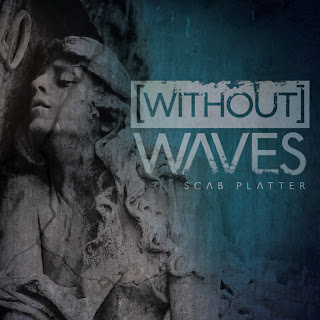 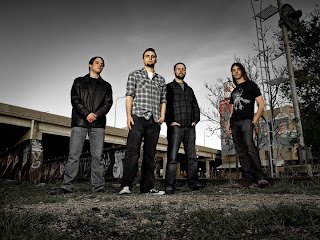 Now, as I believe it's showcased on here, I don't cover a lot of "metalcore," or at least what is more defined as modern-day -core bands. There are multiple reasons for that but when I received this album from a Chicago band I figured I'd give it a shot. As a fellow Chicagoan I'd give these guys a chance.
Now, the first thing I noticed about this band was the vocals, which might be a little odd because I usually focus on the music first. Now, several years ago, there was a band called Ekotren, I think they might even still be around, but the vocalist on here kind of reminds me of the vocalist in that band, but another comparison that came to mind was the first singer of the band Drowning Pool. These might seem a bit random and unorthodox, but their styles sound very similar, where it's more of a throaty snarl and hoarse yell than a growl or scream. Also, when he sings, he definitely has more of that kind of nu metal kind of vibe going on. Having said that, I do think he sounds best when he's singing, a track like Dhyana really shows a nice clean voice that at times can go a little smoky, which fits the more mellow and quieter track.
Musically though, these guys are pretty decent and interesting. They definitely take from the more spastic and frenzied approach towards metalcore, a lot of what the instrumentalists are doing is very quick and jumps between technical assaults and more mid-paced grooves, Tradition of Fear. In all honesty, this really doesn't hold much ground in modern metalcore, they're way too varied in terms of performances, and I don't mean for that to sound negative. What you get here is, as said above, more of a math metal-meets-nu metal sort of vibe, to which I know some will vomit by the notion of the two coming together in any way, but that's honesty what it sounds like. Now, I don't think the album needed two instrumental interludes on it, since they really didn't do anything but break up the title-track, Scab Platter, from the rest of the songs on here. This really narrows the eight song album down to six, and one of them is more of an intro than anything else. Sativa Sunrise, the album closer was an instrumental track as well, which shocked me because it kind of feels like they're trying to appeal to the more proggy crowd with this track, and it should work because it's a cool song, but it just seems like this album was put together with a bunch of odds and ends material to me because there's a real lack of focus and direction.
In the end I was impressed with this album, these guys are definitely talented and have an interesting sound. While this really isn't the sort of style that I listen to all that often, being metalcore or nu metal, I do think there will be quite a few people who will enjoy this. If you like more simplistic metalcore or nu metal done in the way of tech or math metal, than this is for you.
Overall Score: 7
Highlights: The Ways to Crash & Burn, Dhyana, Sativa Sunrise
Posted by maskofgojira at 6:13 AM