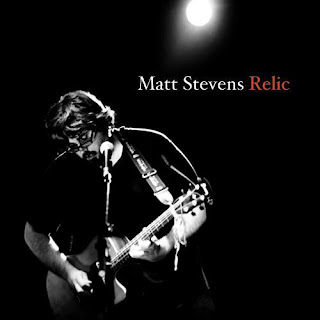 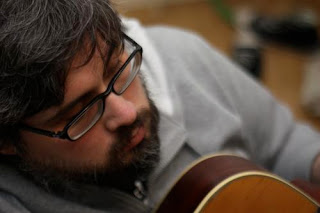 Earlier this year I reviewed Matt Steven's band, The Fierce and The Dead, and was pretty impressed with what they were doing. Recently, Matt sent me this, his third full-length solo album. Now, when I got this, I thought it was just something he was doing for fun, but finding out it was actually his third, I was a little surprised.
Now, having only heard The Fierce and The Dead album, which was a rather experimental take on post-rock, coming into Stevens' solo material was even more shocking. As a solo record, there isn't really a single cohesive style really blending these songs together, as you'll hear a wide range of styles from post-punk to folk rock to flamenco. There's even a bit of a trip-hop vibe coming through on a couple tracks as well, which was quite interesting. There's really a little bit of something for everyone in here. I mean, this is an instrumental, guitar based album, so by everyone I do mean people who can tolerate instrumental music. In my opinion, and this is coming from a person that likes instrumental music, so I'm bias, but there's enough variety to not get bored with the album, but you'll obviously have your personal favorites.
But like I said above, it's really not all that cohesive, sounding more like a bunch of different songs that Stevens had written and he just put them all on here. I mean, the underlying jazz and fusion influence in his playing could be seen as the adhesive to link these songs together, but it doesn't quite feel connected enough to really do that for me, and that's not to say that the jazz influence isn't well done enough to be justified. The likes of Rusty and are well done, really all the songs are, but the album lacks the distinct characteristic among them all to really feel like a whole and not just a bunch of parts. I guess one could also counter the cohesion thing with the point that most of the instrumentation on here is acoustic guitar, but once again, that's not really the sort of cohesion I mean. This record rarely goes into any sort of "heavy" territory, with the only exception being the very fusion-esque Frost, which moves back-and-forth between jazzy leads and thrashy bursts.
I know the last paragraph was kind of a rant but I do actually enjoy this album quite a bit. I do think it's more of a collection of songs rather than a full album, if that makes any sense, but that's just me. Check it out if you like some experimental and instrumental rock.
Overall Score: 8
Highlights: Relic, Scapegoat, 30 END
Posted by maskofgojira at 9:09 AM