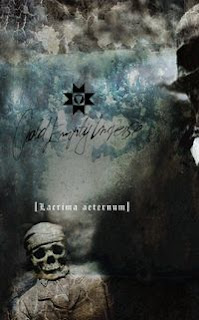 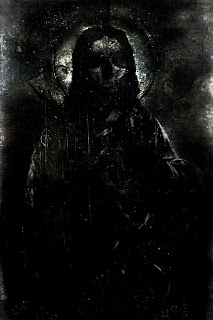 Cold Empty Universe is a project that's emerged from the depths of Poland around 2008, so it's obviously still quite new. Last year, Krzysztof Mrozek released the debut from the project, "Constantly Creating Myself In The Space of Life," to quite a bit of praise from the underground. I haven't heard a whole lot about this new album so I was a little more interested to hear it.
Now, to say that CEU's first album was a masterpiece would be a gross overstatement, it was far from being a perfect, if even passable at best, album. That album took the raw and lo-fi production and buzzing guitar tone from the whole depressive/suicidal black metal genre and sort of approached it with the intention of trying to sound like Darkspace. You had all these different layers of sound that just created this dank and huge sounding atmosphere, but the black metal aspects of it just sounded terrible. In comparison to this album, it's almost like a completely different project.
This new album takes that sound and sort of takes it even further down the Darkspace hole. It's an incredibly open and desolate sounding album in comparison to not only it's predecessor, but other albums in general. The drums are programmed in a way where it sounds pretty free-form for the most part, which doesn't always fit with what's going on around it. I will give it to Mrozek that the guitar tone on here is better than on the debut, it's just drenched in reverb and put pretty far back in the mix, in comparison to other albums that is. Most of the sound that this album generates is just this wall of sound from odd drum patterns, howls that sound like they're being done at the bottom of a well, reverbed-out guitars, and walls of keyboards. It's just a huge and crushing wall that I certainly didn't expect to hear. This album has moments that do have a more drone and dark ambient oriented sound to them, which is competently done, and the melodies are crafted in much more interesting way. The end of the album also shows a bit of a post-punk influence as well, which was actually pretty well done, it had a nice bass-line running through it. Granted, they're not great, but they're at least memorable, they sound like something out of a b-horror movie soundtrack, only with someone whaling over them.
Probably the worst thing about this album was the fact that I couldn't really tell when one track ended and another began for the most part without them overlapping into each other. I mean, it's decent, it's definitely better than the debut, but to say it's fantastic is still a long way from being truthful. Check it out if you don't mind someone screaming over b-horror movie-meets dark ambient music.
Overall Score: 6.5
Highlights: Lacrima-Aeternum
Posted by maskofgojira at 7:06 AM