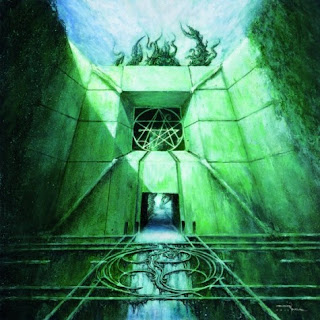 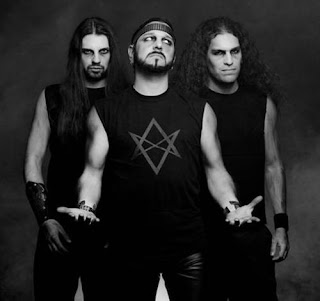 Absu is one of those black metal bands that if you haven't heard of them, you really have to rethink your love of the genre. Absu's tenure in the black metal scene has been established through the four full-lengths they released before they went on a hiatus, and their recent output has only solidified their place in black metal's illustrious history. Maybe it's not the coolest thing to say, but I actually only found Absu through their self-titled record a few years back.
What I found through that self-titled record was a more "progressive" Absu that made use of more psychedelic atmospheres and thrashy riffs, nothing new having listened to their older material afterwards, but it was a total shock when I first heard it. This new record is a very logical progression from that record sonically. In the past, while certainly progressive at times, you could say that the band's sound was still firmly rooted in black and thrash metal and I'm not sure it's the same in recent years. The riffing on here is some much more frantic, and in more ways than just being trashy, more like they're always trying to do something else, thus riffs change pretty quickly. I'm also pretty partial towards the old-school heavy metal influences coming through now and then on here as well. Even the acoustic passages used on here I think are well done, recalling almost a folk aesthetic, but not really folk-y, if you catch my drift, at times almost seeming celtic.
For all the extravagant albums and concepts Absu have tackled in the past, this new album was surprisingly short, just topping thirty-six minutes total. Yet, and somehow unsurprisingly here, it's packed with nothing but some of their strongest songwriting to date. The riffing is top notch, the dueling vocals really hit new highs, literally in the case of opener Earth Ripper, on here, and the drumming, as always, is top-drawer. It's quality stuff certainly, but I definitely prefer when the band go off the beaten path, which happens throughout most of the album, and into more crazy riffing and progressive shifts. The fourteen minute closer, A Song For Ea, definitely captures everything that I liked about Absu and strings it out for possibly, and I'd be open to hearing other opinions on this for sure, their most epic song.
This, for my money, is better than the self-titled, which I still hold in high regard, but I don't know if I think it's their best album yet though, really good though. For some reason I been seeing some people not really digging this and I don't really get why, because it really seems like the logical next step from the last album. If you like slightly progressive leaning blackened thrash, this is a must for you.
Overall Score: 8.5
Highlights: Earth Ripper, A Song For Ea
Posted by maskofgojira at 10:43 AM