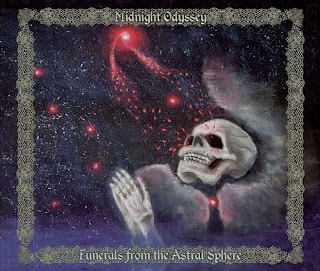 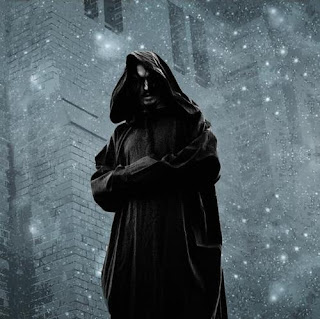 Ok, this is one of those albums where I'm pretty late getting to it, due to many reasons. I've known about this project for what's been a few years now, though I'll admit that I haven't really paid too much attention to it. After reading a review for this album, which at the time I wasn't sure if it was this band or not, I checked it out and became very interested in hearing what it had to offer.
Ok, I'll start off with the main reason it's taken me so long to finally get around to reviewing this, it's over two hours long. This double-disc full-length debut, if I've been told correctly that this is the first release that isn't a demo, features all manner of ambient and atmosphere black metal styles that runs the gambit of pure ambient and near synthe-pop to blazingly bleak burst of black metal. With a running time of over two hours, if you're anything like me, you probably thought, "There better be some diversity," and luckily the variety on here was enough to maintain my attention. Throughout the entirety of these two discs, you'd expect there to be some filler, and of course there is some on here, Journey Across The Stars, but I was surprised with how little of what's on here I considered to be filler. Considering that most of the songs on here between seven and nine minutes long, for the most part, none on them ever felt like they were too long. I totally understand why people wouldn't be too keen on saying this is a great album, the length of the entire album can detract from the impact of the whole thing, as in, while certain spots in the album may hit you as great, the entire album may not retain that same level as that one track, or it may be too consistent for some people. I agree with what some have said in that I think that this could have been a better album if it was condensed into maybe one disc, but the entire journey is worth taking, at least that's how I felt about it anyway.
This is a record that, I was quite surprised by, has a very even mix to it. While the synthes and keyboards are certainly, in my mind, the most important instrument in Dis Pater's arsenal for this project, the other instruments are not lost among them. The guitars retain that very fuzzy and distorted quality to them that, at times, do recall a bit of the depressive black metal sort of tone, but manage to have a lot more interesting riffs than those bands and actually help in creating atmospheres more than detract from them. Even the drums, which are programmed, are surprisingly well done, they aren't too loud, being in a very nice place in the mix allows them to be audible as well as provide near post-punk-esque beats once in a while, A Death So Pure. I even found the vocals, which are further back in the mix, to be well done, ranging from typical screams to chanting and singing. In terms of performances, I really think that Pater did a great job because this doesn't come off as amateurish in the slightest, with pretty much every song on here being well rounded and interesting. The compositions each song contains, stylistically varied as I mentioned above, a wide assortment of soundscapes that are easy to get lost in, A Midnight Odyssey being a prime example where the metal element of the band is cast aside in favor of lush layers of synthes with more orchestral keys leading the listener along.
This is an overall solid album, very good, it has it's weaker moments, but for the most part it's very well written and constructed. I think by the end you should certainly feel accomplished and like you experienced something while listening to this. I certainly recommend you check this out if you're into more of the ambient and atmospheric sides of black metal, cause this'll be a real treat for you.
Overall Score: 8.5
Highlights: Against The Moonlight, When Death Comes Crawling, From A Celestial Throne, Those Who Linger At Night
Posted by maskofgojira at 9:07 AM