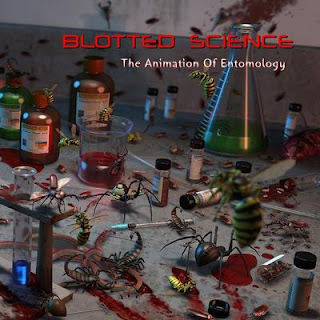 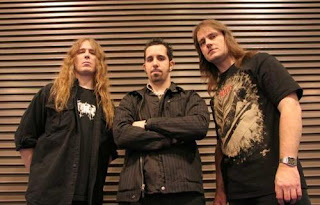 When Blotted Science released "The Machinations of Dementia" back in 2007, it became a very hot topic. Pretty much anything Ron Jarzombek releases gets tech-guitar nerds excited and jumpy, but the inclusion of Alex Webster, of Cannibal Corpse, on bass drew in more than a few death metal heads as well. After much debate as to when a new release would finally come out, we receive this new EP.
To me, Blotted Science isn't one of those bands who's sound really evolves too much from one release to the next, their sound is pretty much what you expect it to be. Don't act like if you had heard the first album you didn't know what this, basically, would sound like. If you had heard the debut you would know that this album would be fast, technical, very jazzy, and crazy/over the top, but it is, and will be in the future, those small details that make each release different. Songs on here are a bit more melodic than those on the full-length, perhaps making them a bit, a bit, easier to follow. Granted, there are some extreme moments during the course of this seven track release that go into full-on extreme metal territory, Ingesting Blattaria or A Sting Operation - I Human Barbequed. By it's conclusion, it's really just another technical prog metal record, just one that happens to have some instrumentalist that know to make a song more than wanking off.
It's a solid release, maybe not as mind-blowing as the full-length was, if only because rarely does something this crazy get as good a reception. I'm sure fans will adore and worship this, but it's just another release. Check it out if you like super crazy tech metal.
Overall Score: 7.5
Highlights: Ingesting Blattaria, A Sting Operation - III Seeing Dead People
Posted by maskofgojira at 12:12 PM