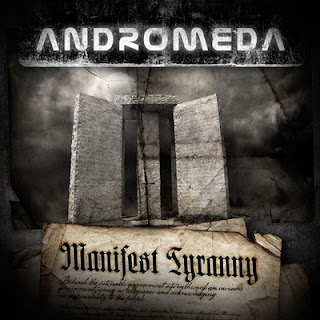 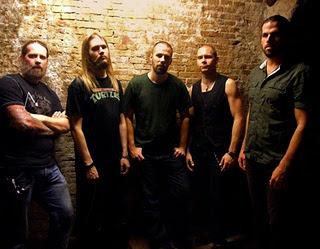 As I've said in the past, modern prog metal bands don't really bring a whole lot of interesting or original ideas to the table anymore, with most being pretty content to rip-off Dream Theater's first four records. While I don't know if I'd put Andromeda above that, they've been a band that I have kept my eye on because of positive past experiences with them. In my opinion, their first two records were some of the best pure prog-metal albums to be released in the last decade.
For all my admiration of these guys, I will admit that despite the fact that I do think they're a very good band, my taste for them has waned in the last couple of years. I do still feel the above about their first two albums being some of the best the genre had produced in a younger group at that time, but I found that after their third album, I kind of found myself a little less than interested in them. This reached the climax point when their last album, 2008's "The Immunity Zone," was released and I don't think I even made it through the entire album. So I had to make a choice whether or not to give this album a shot or not when I found it, and you can obviously tell what I wound up choosing. As far as I can tell, and this is coming from someone who will listen to the first two albums almost exclusively at this point, if only because I know those albums so well and hold them in high regard, this album doesn't show a whole lot of difference in sound.
When I listened to this album, I found it rather difficult to not just turn it off and return to the tried and true first albums. That's not to say this is bad though, because like always, it's performed really well, the production is solid, but not over-produced, but it's just a matter of most of these songs lacking a whole lot of new ideas and melodies. A lot of these songs feel like they've been done before, either by the band or other groups, and that's disappointing. It's also a bit depressing when songs like Survival of The Richest or Play Dead feel much longer than they are, and they aren't long songs to begin with. It's also a very bad sign when the opening track, Preemptive Strike, feels nearly twice as long as it actually is, and it actually is just over two and a half minutes.
I guess I'll have to continue listening to the first two albums, and occasionally the third, and wait to see if the band eventually impress me again. Check it out if you're a fan of prog-metal in general or a fan of the band, but beyond that, chances are you're not gonna find a lot on here you won't find on another prog-metal album.
Overall Score: 6
Highlights: False Flag, Asylum, Antidote
Posted by maskofgojira at 9:40 AM