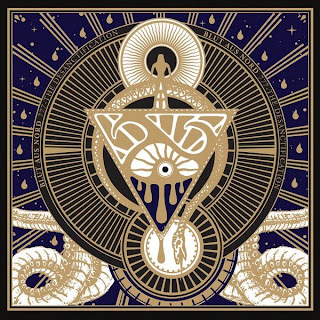 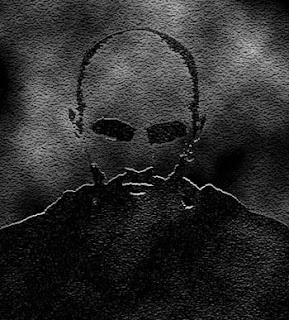 Blut Aus Nord is a band which, despite all it's exploration and experimentation, have remained a pretty closely guarded band in the black metal scene. Like many, Blus Aus Nord is a group which I hold very close to my heart and I anxiously await each release with baited breath. This, the second part of the 777 trilogy is finally being released and will surely turn some heads.
Several months ago, "777 - Sect(s)" was released to pretty much wide-spread acclaim, and to good reason. That record bridged the gap between the more dissonant tones that more recent progressive black metal acts have been treading into, IE. Deathspell Omega and The Axis of Perdition, with the more industrial tones of the band's past work. It was a record that took the chaotic nature of the black metal sound but reined it in using more industrial elements that stopped it from just going off the edge. Vindsval himself had said that this album was a return to similar elements from 2003's "The Work Which Transforms God," but that the next two parts of the trilogy would venture into new territory. If fans thought he was joking or that it wouldn't be done to a high degree, be prepared to be surprised by this. This is not the first album done over again, this is a pretty different beast entirely.
Sonically, this album picks off where the last album left off, but after the first two tracks, the band remove most of the "metal" elements and start to bridge "777 - Sect(s)" with "MOrT." The album moves from a slow going black metal-ish opening into just eerie industrial with noxious atmospheres. Perhaps it's not quite as dissonant or chaotic as it's predecessor, but this record proves to be more caustic and disorienting, the atmospheres on here just swirl and move around. Imagine having a bad acid trip while watching The Ninth Configuration and listening to Laibach or Nine Inch Nails, during their darkest phase. At times, it's almost claustrophobic in nature and can feel quite suffocating. By the time you get to Epitome XI, you'd almost question if you're even listening to the same band, guitars are used less as a main instrument and begin to fall farther and farther into the background. Vocals are almost non-existent on the entire album, appearing somewhat early on, but used in an almost whispered tone. As a whole, I'd say that it's a lot more disturbing than a lot of their previous work, but it's still very good and they still manage to sound like no one else out there.
Despite all of it's unfamiliarity, it's still an enjoyable album. At this point I'm still uncertain as to which of these two 777 albums I like more, but both do give quite different perspectives to the band. If you're a fan already, approach this with an open mind, and if you're not already a fan, do yourself a favor and get this and all of the band's back catalog so you can hear some of the best black metal out there.
Overall Score: 9
Highlights: Epitome VII, Epitome XI, Epitome XIII
Posted by maskofgojira at 9:11 AM