Cloak of Altering - The Night Comes Illuminated With Death (2011) 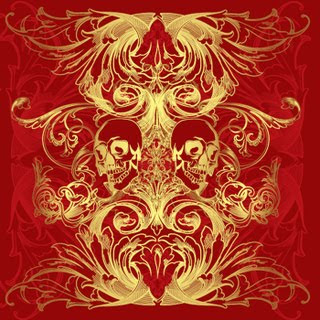 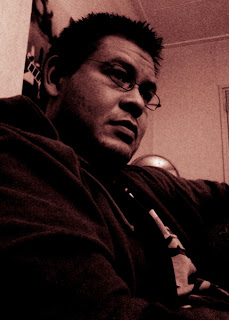 2011 has proved to be an extremely productive year for Mories since this is, if I'm counting correctly, his fifth project to release an album this year. Originally known back in the late 90s as Ophiuchus, Mories decided to revive the project under a new name. This is the first release for the project, both under this name and officially, since it's not a demo.
No matter which of his projects you listen to, it's undeniable that Mories has a sort of trademark sound that is all his own. That overwhelming sense of claustrophobia and dissonance that just creates this horrific chaotic atmosphere is present in all of his projects, including this one. Now, obviously, the easiest and closest band, sonically, to compare Cloak of Altering to is De Magia Veterum. Both projects make use black metal as the main foundation for all things that later develop, while other projects have their sounds rooted more in dark ambient, noise, and drone music. In a sense, if Aderlating and Gnaw Their Tongues are from that side of the spectrum, than this and De Magia Veterum are both in similar realms as well.
What makes this stand out from his other works is the more "accessible" persona that Mories has developed the project into. De Magia Veterum, for both project's similarities, is a much more progressive and chaotic sounding band, this record comes across, in comparison, as a lot more melodic and less cerebral. The use of more symphonic and industrial elements take the place of solid noisescapes, which are still here mind you, that his other works place a higher emphasis on. Now, while I say accessible, that by no means should make you think this is an easy listen, the sonic palate is still very thick and full of different textures and sounds that both dazzled and confused me, in a good way. The bass, as in most of his projects, is pretty high in the mix and takes manages to throw in quite a few bass-lines along the course of the record, The Lustful Farcade of The Madrigals, that almost steal the show from the guitars. To be completely honest, the big payoff of the album comes in the closer, Golden Radiation Fills The Void, which, to me, sort of rewards the listener for getting through all the disorienting chaos of the first five tracks with an epic melodic conclusion.
While I don't think I enjoyed this as much as some of the other releases he's put out this year, I still think this is a strong "starting point" for this project. It's definitely going to be record that'll turn some head, for better or worse I don't know. I definitely recommend you checking this out if you like really chaotic and experimental black metal.
Overall Score: 8
Highlights: The Night Comes Illuminated With Death, Golden Radiation Fills The Void
Posted by maskofgojira at 8:51 AM