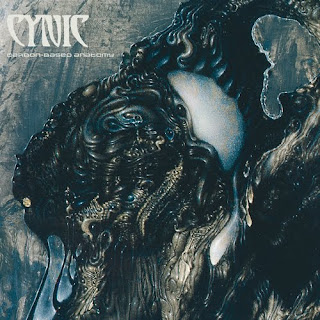 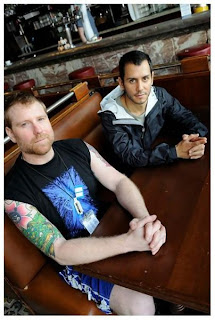 Cynic is one of those prog metal bands that is widely accepted among people who aren't even fans of metal or prog music and we've seen them evolve into quite a different band. Since last year's release of "Re-Traced," we've seen some drop off the bus, for some reason. This new EP contains the first new material since 2008, because Wheels Within Wheels was from the same session as "Traced In Air," remember that.
To me, it seemed as though the acoustic and electronic reinterpretations of songs from "Traced In Air" didn't really sit with people, stylistically it was different, but I think it also had to do with Paul Masvidal not using his trademark vocoder vocals that also kind of distanced people from that EP. This new album features him moving even further away from that, making use of harmonies between himself and female vocalist Amy Correia as the prominent style. From what I've read so far, reactions to this little album have been rather mixed, and I can certainly understand that. On here you get no growling vocals and a lot of the metal elements have been stripped away as well in favor of more prog-rock sort of tendencies that lean closer to fusion than ever before. I can also understand the frustration or annoyance that people might feel toward this album having only three real songs, making half of this release instrumental interludes that, while they're interesting, don't really do a lot for a listener. The ideas are there but it doesn't go anywhere, I thought the sitar and piano on Bija! would be really cool if integrated with the band's style, but as of right now, nothing. Having said that, I do believe that the three songs on here are constructed pretty well, they're not the best songs the band has written, but they're solid, except for Box Up My Bones, which I think is just great.
In the end it's just a short little expedition into the world of Cynic. Whether or not this is an indication of where they are going to go into the future or not, this EP is just alright for me. Check it out if you're a fan, otherwise go for the full-lengths if you want to look into Cynic.
Overall Score: 6.5
Highlights: Box Up My Bones, Elves Beam Out
Posted by maskofgojira at 11:52 AM