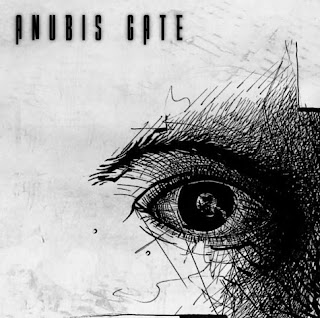 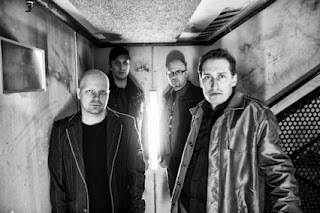 In listening to prog-metal for about a decade or so now, very few records were as catchy or memorable as Anubis Gate's 2009 album, "The Detached." That record really epitomized the whole modern prog-power genre and made quite an impact on me. With my whole disillusion of the power metal genre, that record actually made me want to listen to power metal again.
So, what was it about their last album that made it such the powerful listen it was and did it transfer into this new one? Addressing the last album first, that album had the heaviness of modern metal, but was based more in progressive metal with traces of their power metal past coming through, and the songwriting was just fantastic. The sound was very polished but it wasn't overly cheesy or over-the-top as most bands in the genre usually tend to be; but what made the whole thing such a great album was vocalist, now ex-vocalist, Jacob Hansen's voice and the way he weaved it in and out of the music and just hit the right notes in terms of being a power metal vocalist. As for this new one, Hansen is now no longer a member of the group and bassist Henrik Fevre is stepping up to do vocals. Besides that, the band has stuck to a pretty similar formula as the last album, with perhaps a bit more electronics thrown in.
Now, as much as I'm an advocate for change and style shifting, I do think that focusing on songwriting can be just as important, and I think it's demonstrated on here pretty well. For as much as I loved the last album, the entire album was pretty lengthy, not that this one really rectifies that, and had a couple of songs that weren't stellar. This album, for the most part, does have songs that are more catchy and, perhaps, darker than other releases. This could go a bit into appealing to a younger crowd, as this is the band's heaviest material yet, but that's all subjective. I also think that Fevre's voice is not as high as a typical power metal vocalist and so he doesn't give off as much of that same vibe as their other vocalists have had. I've said in the past that I don't mind music being unoriginal or simplistic as long as it has a good chorus or melody, and this is an album that has several. I kind of wish the entire album, in terms of choruses, was as good as it is musically, cause it isn't as memorable as I kind of wished it was, cause I remember instrumental sections clearer than vocal ones, not that that's bad, just wish the vocals kind of had a bigger impact.
This didn't turn out to be better than it's predecessor, though it's a close second in their discography. Is this groundbreaking, no, but it's good material that is better than ninety percent of the other power metal I've heard in recent years. If you like this sort of prog-power metal stuff, definitely check it out, but if you're not a regular I don't see this winning you over.
Overall Score: 7
Highlights: The Re-Formation Show, Golden Days, Circumcised
Posted by maskofgojira at 9:17 AM