Gorath - Apokálypsis: Unveiling The Age That Is Not to Come (2011) 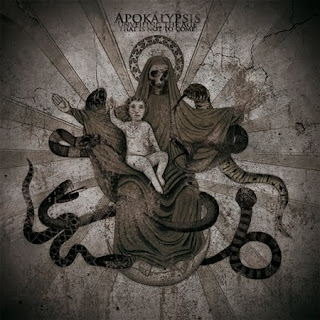 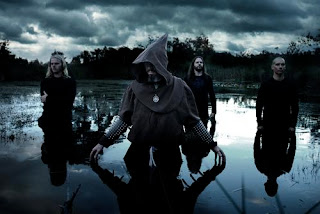 Gorath is a group that I've been following for several years at this point, being probably one of fist Belgian groups I ever got into. After last years decent "MXCII," I was actually a little surprised to already have another album coming down the pipe. I'm hopeful that the band has gone for another shift in their sound for this one, but I'm not sure with only a year, or so, between releases.
Ok, lets get to the bare bones of this thing. Last year's "MXCII" was, in my opinion, a very solid album with a lot of good, but it was comparably a more traditional black metal record when you look at where their previous two releases had kind of been going. This new record feels more like the logical progression from 2009's "Misotheism." This is a record with a lot more detours into experimental and progressive territories, thus, in my opinion, it made it a much more interesting listen. Having said that, there are traces of what you could consider influences within here, namely Deathspell Omega, from the "Si Monumentum Requires, Circumspice"-era of things, where it is bit more melodic, but there's just that vibe of something being more dissonant and chaotic. Though, that's only a vibe that I pick up every so often in some of these songs, I don't know if you could even call it an influence, but just a similar melodic sensibility.
But, what makes this album better than their other work, for me anyway, is the way in which songs are arranged, or structured. It's hard, for any band mind you, to make songs that top ten minutes interesting, and while only one song on here actually does that, none of the other tracks on here are all that short either, except the interludes, but none of these tracks feel all that long; all of them are interesting and entertaining enough to more than justify their length. Each of these songs feel like more than just another black metal song, there are shifts in atmosphere, tempo, riffing styles, vocals, in my opinion, it's all for the better. The use of more ambient sections, like in opener Before The Throne of The Demiurge, or more clean guitar parts, Beasts From The Earth and The Sea, definitely brings a better sense of contrast than in their past work. Having said that, there is a similar atmosphere between this album and it's predecessor, so it maintains a pretty heavy, dark ambiance in the background throughout. At it's most straightforward, Millennium (Thousand Years of Darkness), it's about as entertaining as anything they've done in the past, but at it's more progressive, the aforementioned Beasts From The Earth and The Sea, it really shows them in their realm of expertise and their most unique.
I am definitely impressed with this release, as it manages to top, in my opinion, all of their previous material. It's definitely got a little bit further to go when it comes to originality, but except for that, I loved every moment of this. Definitely check out this release if you like black metal that leans a bit more towards the experimental side.
Overall Score: 9
Highlights: Le Porteur De Lumière, Beasts From The Earth and The Sea
Posted by maskofgojira at 8:29 AM