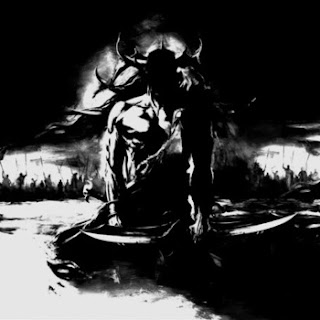 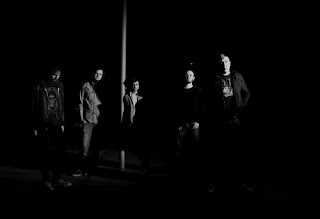 When I see a cover like that, no matter what style turned out to be, I had to hear it. This is one of the many cases where I'm going solely based on cover artwork that I personally like rather than hearing any of a band's past material. As I've said in the past, I'm not a big hardcore guy, but even I'm willing to check something out if it looks cool enough.
What I like about the few hardcore acts I do actually enjoy is the passion and energy that the music conveys. It doesn't have to be super complex or long or really melodic, it just feels powerful and full of life, and that's what I love about it. Unfortunately, I didn't get that from this album, it feels very standard, which saddens me because I was hoping for a very up-tempo sort of punch to the face. Not to say this thing doesn't have energy, but it feels so by the numbers to me and so unenthusiastic compared to the groups I do like. As I was listening to this album, it just felt so uninspired and vanilla, with songs like Lucifer or Carvings sounding nowhere near intense enough to really capture those titles. The second half of the album does pick up steam and does get more interesting, both compared to the first half and in general. I kind of wish that the entire album was a bit more like the second half because it felt more vital. Personally, I also felt that even when the band were going full-bore, the vocalist just didn't match it, and that has more to do with me not being all that into his vocal style at all than him doing a bad job. I remember reading something that compared him to early Killing Joke and I don't really hear that at all.
When the band move at more sludge and doomy paces, the title-track, Harmbringer, I feel they're at their best. During those songs, the band seem to fully gel together and create some interesting moments. It seems like these tracks also tend to be the longest on the album, the songs that top three minutes, and actually feel interesting and creative. The shorter tracks don't seem to pick up as much steam as the longer ones, even though they might be faster in some cases, and they don't feel as developed as the tracks that top three minutes. The melodies and grooves are better, the vocals feel less like a loud drunk, and the pacing is a lot more complete, I hope these guys end up writing some more lengthier tracks in the future cause it seems like they have more talent in writing those sort of songs rather than short spurs.
I really wish I had enjoyed this a lot more because after actually looking into them and seeing all the good things people had to say about them, I just didn't get it. I hope others do get into this, because these guys obviously have talent, I just couldn't get into it. Check em' out if you like hardcore with a bit of screamo and thrash in there.
Overall Score: 6
Highlights: Harmbringer, A Town That Dreaded Sundown, Lazarus
Posted by maskofgojira at 10:10 AM