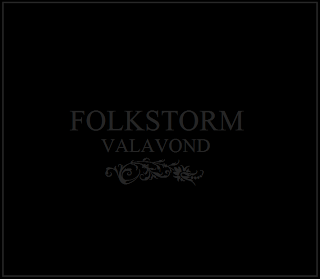 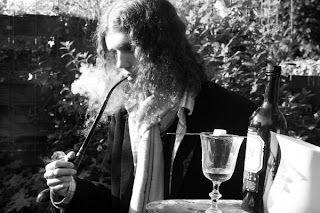 Folkstorm is one of these bands that I was intrigued by because of the comparisons made to other bands. The comparison to greats like Agalloch and Falls of Rauros really interested me, as I'd imagine most people who have heard those bands before as well. Hence, the mystery as to what this would sound like is kind of ruined for me.
When you come into this record you have to keep in mind that these guys are not from America, they are from the Netherlands, and I say this because there will be parts of this album that will remind you of more than a few groups from the states. It wasn't uncommon that while I was listening through this, I heard elements that made me think of groups like Falls of Rauros, for sure, but also the likes of Wolves In The Throne Room, Alda, and Ash Borer. The whole atmosphere and riffing patterns really recall bands like those, among others, who are lumped into the whole Cascadian scene, whether or not they're actually a part of it or not. For some reason, I kind of imagine these guys actually wishing they lived over on the Western side of the states so they could be a part of this scene, cause their music certainly fits it. In a way, the comparison was actually aptly made because there are similarities between Folkstorm and the above bands. The band make use of well crafted folk melodies and interludes throughout the album with near Cascadian atmospheres surrounding acoustic guitar passages.
But then there's even a bit of that blackgaze sound thrown in there for additional melancholy, and to fuel all the hater's rage out there. I mean, in all honesty, this band is just the type of group that haters love because their sound is everything they are predominantly against, post-rock melded with brutal black metal and acoustic passages with almost a rainy atmosphere surrounding them, I don't blame the haters really. Tracks like Nachtlied and Mijn Eenzaamheid are pretty much just begging to be pounced upon by people who hate blackgaze and all that it's associated with.That's not to say the album is bad though, it has plenty of good points, but the rest is just pretty average for this style.
Overall, this is about average, if not just better than average, in my opinion, nothing really stuck out on here for me. This is just one of those records that has sounds that make me want to listen to bands that helped create that sound or just plainly do it better. If you like either of those movements check this out but otherwise it's pretty irrelevant.
Overall Score: 6
Highlights: Tussen De Vallende Bladeren, Nachtlied, Zonder Hoop
Posted by maskofgojira at 9:44 AM