Lonesummer - There Are Few Tomorrows For Feeding Our Worries (2011) 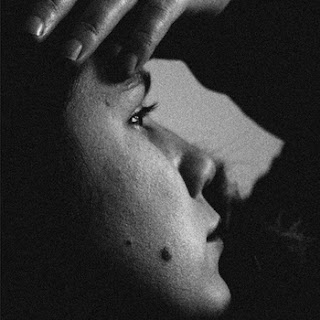 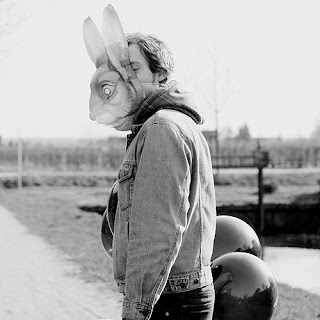 Lonesummer is one of those bands that just has a sound that would sound really bad if it didn't have great songwriting. Being part of the whole blackened noise, sort of, movement that's kind of been going on underneath black metal subculture, the sound established can be pretty off putting on first listen. After several demos and splits, we finally have a full-length from the band, and it promises to re-establish it's sound.
In their short existence, Lonesummer has evolved from being an almost unlistenable form of black metal into something has has morphed into a more melodic form of black metal that resembles post-rock and noise that is more of an addition to the sound rather than most of the sound. In early recordings, the harshness of the noise was pretty overbearing and at times almost intolerable, but on the split released last year with Planning For Burial, we saw the intensity give way to more beauty and melody. This full-length continues the trend with even less noise, it's very much still there, but it cascades more than it overwhelms now. There are songs on here I would dare to say are actually beautiful and touching, which may not please fans of the high-pitched screeching noise from his early work. The likes of Tobacco, Gin and Bile and The Sweetest of Sweet Dreams are far from the project's beginning and might throw some for a loop, but prove to be a lot more approachable due to their softer and more stripped down approach. Maybe I shouldn't mention this, but there are moments on here where I distinctly hear an almost indie rock kind of melody going on.
With all the above being true, it should still be said that the black metal influence on the project is still very much in tact on here, Ghost Stories for example. The use of less piercing distortion and noise on here also allows the black metal passages to have more melody and clarity, despite what some may want for it to be, it comes across a lot more emotional than abrasive. While the subtle and quieter moments are a lot more prominent on here than ever before, the contrast made between the brutality of the black metal style and more indie and post-rock one makes this album a lot more dynamic and enjoyable. It's an album that will most likely piss off those who enjoyed the harshness and intensity of the noise aspect of the project, but will turn on a lot more people due to the melody and dynamics throughout it.
I enjoyed this album, a lot more actually than previous releases. The songs are a lot more memorable and interesting while still retaining the project's unique sound. Definitely check this out if you're in the market for some nice noisy black metal mixed with emotional post-rock.
Overall Score: 8
Highlights: Ghost Stories, To Make Things Good Again, There Are Few Tomorrows For Feeding Our Worries
Posted by maskofgojira at 7:52 AM