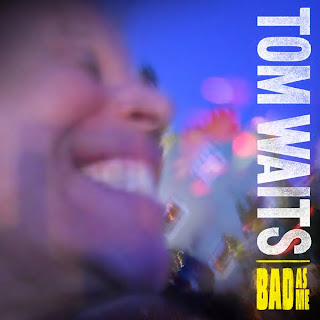 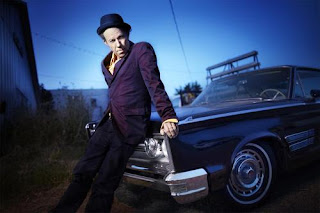 As ignorant as it is to say it, until about a year ago, I always lumped Tom Waits in with the likes of Bob Dylan and Neil Young, two singer-songwriters that I've never particularly cared for. It wasn't until I listened to "Mule Variations" that I finally got what I needed from an acclaimed singer-songwriter. I got someone who took chances with every release and had songs that ranged from noise rock to piano ballads and everything in between.
Since the first song I heard, I've loved Tom Wait's voice, that smoke and whisky sound that just makes it sound like he's spent his childhood in jazz clubs smoking and drinking at the bar. It's a sound I never grow tired of and I love how he mixes it up on every record. Even though he's never come close to sounding metal, I just love how his work crosses boundaries and genres as straightforward as blues to the weirder polka. I won't say that I've listened to every record the man has put out, unfortunately I don't have that kind of time on my hands, so this album still sounds fresh to me. I hear that this album isn't a direction that's new for Waits, more a retracing of familiar steps and looking in some different directions, and I can certainly see that. The songs this man writes are unlike anyone else though, so him doing himself is still probably better than most artists copying each other.
But when you listen to a singer-songwriter album, of any style and artist, what really matters are the songs. This album just features some nice, catchy songs, both ballads and regular rockin' songs. The likes of Pay Me is a nice ballad that just sways and moves in comparison to the somber nature of Back In The Crowd and the starkness of Face to The Highway. But it's on songs like Chicago, Raised Right Men, and the title-track, Bad As Me, that I really get off on, the gritty blues and smug attitude found in those tracks is just the sort of stuff that I love from Waits. The songwriting is just as good on here as it's been on the other albums I've listened to so far, which is still better than most artists out there during most points in history. I actually find a song like Hell Broke Luce to be one of the most intense songs he's ever done, with an almost industrial feel utilizing barked/shouted vocals, pounding percussion, and clanging guitars in the background. In the end though, it is Tom Waits, and this is a Tom Waits album, something no one else can do.
I don't see why if you're not a fan of Waits why you wouldn't like this, it's a little bit of everything. Good songs like always, so far there hasn't been an album Waits has released that I don't like. Definitely look into it if you're a long time fan or interested in an good, experimental singer-songwriter.
Overall Score: 8
Highlights: Raised Right Men, Bad As Me, Hell Broke Luce
Posted by maskofgojira at 11:28 AM