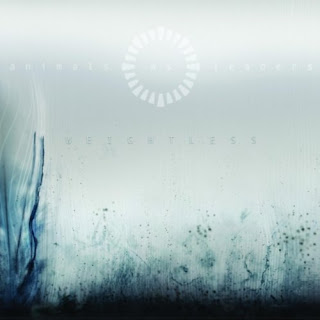 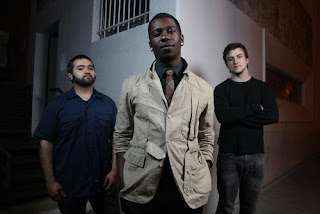 In 2009, Animals As Leaders released their self-titled album to much critical acclaim. That album essentially launched guitarist Tosin Abasi into the world's spotlight. This, the band's second album also happens to be the band's first album as a band.
Now, obviously anyone who's gotten into the whole prog-metal, tech/math metal, or djent scenes is familiar with Animals As Leaders by now. Almost everyone, even non-metal fans, has at least heard of Tosin Abasi by now, so I don't need to go into that, but now that he's expanded into a full band including fellow guitarist Javier Reyes and drummer Navene Koperweis. Following the Misha Mansoor produced/co-written arrangement that the self-titled involved, the full-band has undertaken this project collectively. Koperweis has taken the hat of the producer while Reyes has taken on the mixing of the album, which does give the album a different vibe from the last one. Some people have complained about the sound of the first record, which I thought was just right for what it was, a guitar album with a drum-machine and some synthes. I thought Misha helped give the album a pretty warm, if mechanical, sound that really allowed the guitar to be the central focus on the album. This album is much more even handed, with the overall sound being a bit more roomy and allowing all three players to come out.
But onto the songwriting, which is pretty much what has attracted so many non-metal fans to the band. Sure, guitar nerds and prog-heads were into this regardless because of the playing, but it's the songwriting that really elevated the self-titled to being so highly regarded. This album looses a bit of that in my opinion, with several tracks seemingly just flying by without much impact or anything memorable really happening in them. Sure, there are some songs that definitely stick out, first single(?) Isolated Incidents for one is definitely one of the songs that accomplishes that to a "t," but a lot of other tracks, unfortunately, do not capture the same memorability as that. Now, let's set the record straight, being progressive, original, unique, technically impressive, etc. but that alone shouldn't justify making a record good, there has to be some semblance of songwriting, or something memorable about it to make it stick out. Now, I'm not criticizing this record of that, this is a lot better than bands that just jerk off on their instruments with no sense of songwriting, but I feel that many people are going to justify this as a masterpiece with no reasoning other than, "It's so progressive. The guitar playing/drumming is so good. It's unlike anything else out there right now." Without trying to sound like a dick, those people are stupid, a record is not good because of that. But back to the music, this album also takes the band further away from that whole djent sound and more into pure fusion territory, Cylindrical Sea for one. I also feel that To Lead You to An Overwhelming Question also features some of the busiest guitar work the band has had in a song yet.
Overall, I like the album, maybe not as much as the self-titled, but it probably still needs to grow on me a bit more. Sorry for the long rant above, but I feel that it just needed to be said after reading/hearing about this crap for so long, nothing against this album though. Definitely check this out if you like progressive metal or fusion, you won't be disappointed.
Overall Score: 8
Highlights: Do Not Go Gently, To Lead You to An Overwhelming Question, Weightless
Posted by maskofgojira at 8:51 AM