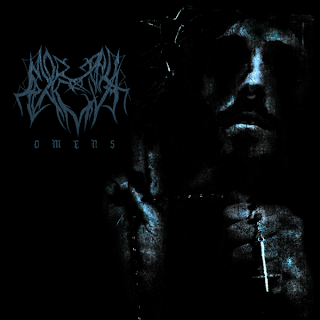 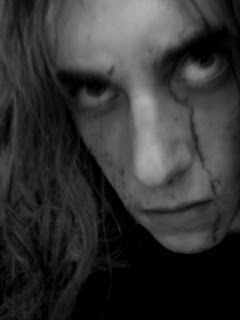 This is one of those cases, like many in the past, where an album just looked interesting so I decided to check it out. When I first saw where the band was from, I was honestly surprised, if only because the cover made me think more European than American. Before reviewing this I looked up the band and found that they actually aren't that well known, which surprised me.
So, what you get on here is a sound that blends together a little bit of everything from modern black metal. This band obviously has its roots in the symphonic scene but on here the symphonic elements are not overstated and are more atmospheric than anything else, for the majority of the record. Though I certainly have to admit that they do have a talent for writing these more orchestrated parts. Then you have the more melodic and progressive elements, both of which come through mainly in the guitar riffs. There are more straightforward tremolo picked melodies that suddenly jump into almost tech-metal guitar parts, Visage for instance. There are also clean guitar passages that definitely show an affinity towards Opeth.
This is one of those records that's ruined by just one thing in my opinion, not to say it's otherwise flawless, but one thing just made it hard to listen to in my opinion, the drums. These drums have been programmed and they just sound so mechanical and plastic sounding, and I absolutely hate that sound. It's just so flat and lifeless sounding and it just sticks out like a sore thumb on here. In direct contrast to the robot and clean sounding drums are the guitars, which are noticeably dirtier and much rawer. The two together end up sounding way too much like metal against metal for me, super clean drum machine and realistic raw guitars just do not mesh together well. In addition to that, this album is just too long, in my opinion obviously. This thing tops an hour in length and about halfway through I realized I still had over a good portion left to go through. The couple of times I listened to this, it really wore on me and it took a lot to not turn it off.
This is just one of those decent albums that just had one thing after another bogging it down for it to be good in my opinion. Definitely not one of my personal favorites, but I'm sure there'll be some people who'll end up enjoying the album. Check it out if you like symphonic black metal, but otherwise, you can avoid this one.
Overall Score: 4
Highlights: I, Destructor, Visage, Bringer of Plagues
Posted by maskofgojira at 2:17 PM