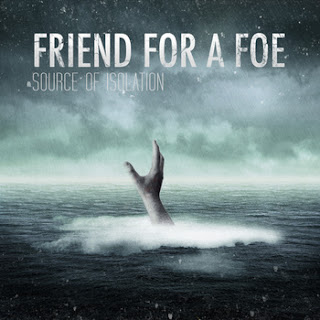 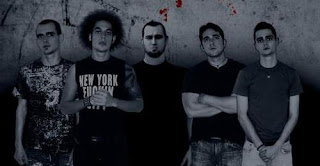 Ever since I found the sub-genre "djent" and started exploring some of the earliest groups from that part of the genre, FFAF has been a constant. I've been awaiting, as many others, for any sort of release from the project-turned-band besides instrumental demos and songs released one by one. After many delays and setbacks, we finally have the debut release from the band.
After several years of working and honing the sound of his then solo project, Chris Purvis expanded the project into a full band which wound up including former Periphery vocalist Chris Barretto in it. So after the likes of Niacin was released about a year or so ago, or at least it seems like, the full album has been released with updated versions of Purvis' previously released songs in a fully developed form. But does it stack up and live up to the expectations that fans had been putting on it since it was first announced? In a sense yes, but I have to also say no as well, as much as this may piss off die-hard fans.
In terms of riffing, it's pretty much what's become expected of the project, djenty groove metal riffs mixed with melodic metalcore's harmonic sensibility. Maybe it's the fact that I've become so desensitized to the metalcore genre after hearing it when it was first getting popular that it's just become a very bland taste in my mouth when I hear it now, but there are moments on here that just made me cringe. To be completely honest, there were moments on here, and it happened during a few tracks, that made me think of the first Atreyu record, vocally, if you can believe that, Idle Hands for example. This isn't to discount the performances of both vocalists, because I think they both do a solid job, I'm obviously more partial towards Barretto after having listened to him for longer, and him providing the clean vocals on here, as well as the death growls, but Benjamin Guarino hardcore-esque barks aren't anything to shake a nose at either.
By the end I have to say that I was only mildly impressed by this album. I don't think any of it was bad, not at all, but maybe it was a bit too "core" for my own personal tastes. I still definitely recommend checking this out if you like djent or more technical metalcore.
Overall Score: 7
Highlights: Vultaggio, Fallout
Posted by maskofgojira at 6:15 AM