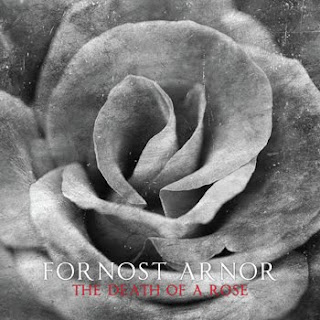 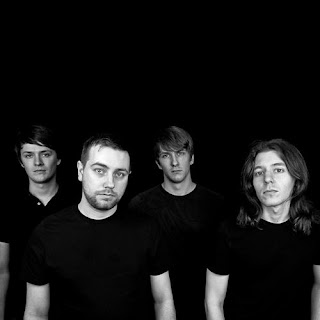 Back when I was trying to find every band that was put under a genre tag that I like, in this case "progressive black metal," on last.fm, I found Fornost Arnor. Now, to say that I listened to the debut a lot would be overestimating me, I think I might have listened to it once. Once I got this new one, I kind of felt that I had to look back on the debut as well.
When I went back and listened to Fornost Arnor's debut "Escaping The Abyss," I felt similarly about that as I did about the debut EP from UK Talanas. In both cases, you got bands that had sounds that owed a lot to other bands and influences worn on their sleeves, but it was the bands that I heard in both these debuts that make me compare them here. Within both you got elements of Opeth, Emperor, Necrophagist, and even Meshuggah and in the case of Fornost Arnor, their sound was very unpolished and rather disorganized.
On this new album, the band continue melding frantic technicality with softer and more melodic Opeth-ian moments. If you're a fan of Opeth, you'll recognize several riffs and patterns on here that call back to heyday of that band, but when it comes to this band, these guys put a lot bigger emphasis on technicality and odder sounding riffs. Now, personally, I found that I enjoyed the band when they were went on more melodic tangents instead of showing off their more tech-y side. Even their acoustic side, The Death of A Rose II, showcases an impressive songwriting side of the band where it is simplistic, melodic, and atmospheric; and it's really a side I would have liked to have heard them explore more of actually. Closer, Farewell, has a great sort of Pink Floyd kind of vibe to it, note that it doesn't sound much like Pink Floyd at all, but the atmospheres and solos that are used throughout it have a similar sort of psychedelic and ambient nature. Now, when I first heard opener Rogue, I really thought I was going to hate this album, because that track feels very unfocused and sounds like a bunch of random riffs and ideas thrown together, but the album not only feels more focused after that song, but you also get better songs as well. One problem that I still suffer with, and others might have the same problem as well, are the vocals, the growling vocals are performed in this tone that sounds very forced and feel a little off while the clean singing doesn't really sound like a type of voice you'd hear in a metal band, which could be a good thing, but sometimes just struck me as a little odd. Granted, some tracks do work better than others with the vocals, obviously.
I think besides the opener, this is a very solid album that should impress fans of the more proggy side of death and black metal as well as Opeth fans. There isn't too much besides that to complain about, it's definitely an improvement over their debut. Like I just said, check it out if you're into the proggier side of extreme metal.
Overall Score: 8.5
Highlights: Nameless Fear, Lady Heresy, Farewell
Posted by maskofgojira at 7:18 AM