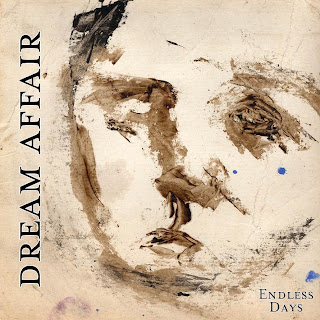 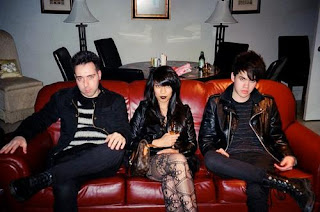 When I was first notified of this album, and band for that matter, I think it was my first encounter with the group. For some reason I think I might have heard the name through last.fm on the Cold Cave page, but I'm not certain. But, as for the album, I was certainly not expecting what I got.
I'll readily admit that when it comes to post-punk, I'm nowhere near being an expert, being a casual listener, though it has been a style that's been more prominent in my rotations that usual in the last several months. But when I first skimmed through this album, I was very impressed. The hints of the likes of The Cure and early Death In June can be found throughout this album, which I really enjoyed, but this group really has it's own take on the genre, in my opinion. The melodies are very simplistic and most songs retain a pretty up-tempo style that make these songs very anthemic, but it's still quite dark and melancholic. This still makes plenty of reference to gothic and synthe-pop, but I kind of expect that in bands of this nature.
While most of the songs, vocally, are performed by Hayden Payne, the founder of the band, occasionally keyboardist Abby Echiverri will step up to the mic and add her voice into the picture, Lucid, creating a nice contrast between her very and Payne's punkish baritone style of singing, Drifting. A lot of these songs are really nice and catchy, as I said above, a lot of them feature quite bit and singable choruses, and I feel that that is ultimately what sets this apart from some other records, and bands, that focus more on mood and look rather than songwriting. I really have to compliment Frank Deserto for his bass-lines which really hold the songs together, even though I kind of wish they were just a little bit louder in the mix. Now, this isn't a perfect album, I did feel that some songs were just average and not that extraordinary in comparison to others. I also would have wished there was a bit more guitar leads on here, when they're done well, they just make the track so much better and effectively more memorable, in my opinion, hear tracks like Silent Story and Parting for good examples of what I'm referring to here.
Overall, I really enjoyed this album, it's just got some really great songs and a nice personality. I look forward to hearing what this trio does in the future and hope that their songwriting is honed to a fine precision in the future. Definitely check this out if you're into the whole 80's sort of gothic and post-punk movements.
Overall Score: 8
Highlights: Endless Days, No Use Hiding, Parting
Posted by maskofgojira at 9:57 AM