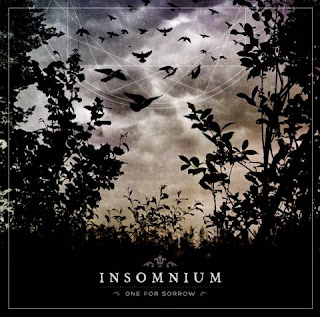 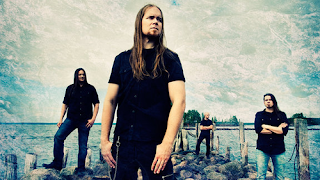 If you're anything like me, you went, or are currently going through, a melodic death metal phase. It was during this phase where all my favorite bands were bands like Dark Tranquillity, Soilwork, Hypocrisy, and the like, but I was constantly searching out other groups and I stumbled upon Insomnium. I found them back when their third album, "Above The Weeping World," was just coming out.
I'll be honest and say that I haven't listened to Insomnium for a good year or so before first listening to this album. So for the purposes of actually trying to hear an evolution from where they started, I actually went back and listened to the older stuff, for the first time in a while. I have to say that it sounds pretty similar to what they've done in the past, in my opinion, but a lot more catchy. Musically, I don't really hear that anything has been changed or shifted for the most part with the exception of there being a lot more clean singing than I remember the band having. Like I've said in the past, a band doesn't need to change their sound if they can at least hone in on and/or create good and catchy songs, and that's pretty much what Insomnium have done, they've focused more on writing good and catchy songs rather than trying to push their sound into another direction.
For me, all these Finnish melo-death bands always have more atmosphere in their sound than bands from other countries playing in the same sub-genre. I know people are gonna go, "Duh, you just realized that now," but I feel it should be mentioned because the atmospheres that Insomnium craft on here are just great, Song of The Blackest Bird for example, starts off pretty much as a regular melo-death song, but by it closing minute and a half, this huge and grandiose atmosphere just encompasses the track, it truly changes the song from above average to epic in my opinion. When the band hit that sweet spot in a song that escalates it from being good to great, as with the one I said above, that happens a lot more often on here than on previous albums. I was surprised to hear a very soft interlude track, Decoherence, that actually reminded me a little bit of post-rock. I truly admire these guys because I don't listen to a lot of newer melo-death groups, and it's pretty obvious based on what's reviewed here, but these guys still manage to craft interesting and catchy records that actually make me want to listen to them over and over again. Now, not every song on here is a masterpiece, there are a couple on here that are just average for the band, Every Hour Wounds or Regain The Fire, but the goods still outweigh the bad by quite a bit for me to think that they really hurt the record too much.
This was a really solid record, more so than I actually thought it would be, and I enjoyed it quite a bit. Sure, there isn't a whole lot of new ground covered, but the songs manage to stand strong on their own. Definitely check this out if you want to hear some strong melo-death this year.
Overall Score: 8.5
Highlights: Through The Shadows, Song of The Blackest Bird, One For Sorrow,
Posted by maskofgojira at 8:57 AM