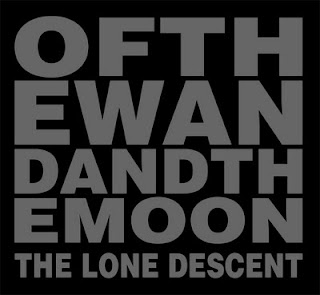 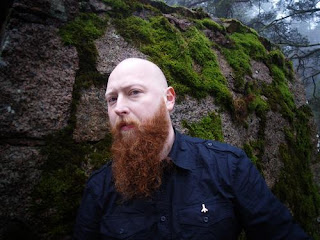 Let's talk about a group that's become quite well respected in the world of folk music. The long running project from Kim Larsen has grown from a little project in the realms of neo-folk into a project that is considered one of the most popular in the sub-genre at the moment. Having been around since 1999, it's obviously changed from straight-up neo-folk, but you can always expect quality from Larsen.
Now, I'll just say right up front that I have not heard everything released under the project, I do have a quite a bit of the material released and I've listened to it whenever I've been going through a neo-folk binge, but not really besides that. But when I listened to this album, I was quite surprised by the poppy nature of it. Not to say that other discs haven't had their fare share of catchy material or songs that stuck in your head, but albums like "Lucifer" or ":Emptiness: Emptiness: Emptiness" always felt like there were more focused on maintaining a dark atmosphere rather than having songs that just stuck in your head. Having said that, there's something to be said for the atmosphere that Larsen has created for the project over the years. Very few other bands manage to create an atmosphere that is both desolate, mournful, and dark but also beautiful, romantic, and heartbreaking at the same time, and that can be found on here as well.
The use of more eclectic instrumentation has aided this album in bringing some of the darkest soundscape created within the project yet. Several songs on here feature instrumentation that comes across much more uplifting and almost jazzy in a way, the trumpet solo on Absence, having said that, I'm reviewing this after listening to some jazz so make of that what you will. That, as well as near electronic influence, in the percussion of some tracks, A Pyre of Black Sunflowers, brings a texture that hasn't really been used in the project before this album. Like I said above, the ambiance remains, but is perhaps more solemn in places than ever before, the dark ambient piece Is It Out of Our Hands? really fails to stick in my mind as a whole, but the soundscape created has stayed with me long after the album closes.
This is a very solid album that is sure to please long-time fans of the band and should hopefully turn on others as well. I don't think that what's on here is mind blowing in any way, but the songwriting is good, and the ambiance is pretty original, to me anyway. Definitely check this out if you like folk, neo-folk, or acoustic based music, you won't be disappointed by this.
Overall Score: 8
Highlights: Sunspot, Tear It Apart, The Lone Descent
Posted by maskofgojira at 8:15 AM