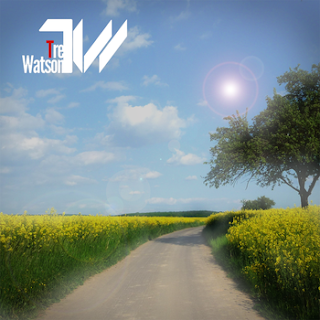 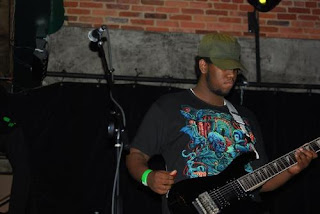 Tre Watson has been pretty busy this year. This is his forth release this year, I think, with his second full-length being released early this year, then the Carthage EP, and then the remixed version of the album, and now this EP. Just by looking at the tracks on here, you can tell this is a major step up for him.
So, all I can say is that it really sounds like Tre has been listening to a lot of Dream Theater and other progressive metal bands. This album really moves his sound from a slightly above average melodic metalcore influenced djent sound into more straightforward progressive metal. Sure, half of this album, Demise and Thread of Humanity, are both more in the vein of his metalcore influenced sound, but even those are a bit more progressive leaning than usual, if only slightly. It's the opening and closing tracks that really demonstrate his growth not only as a player, but as a songwriter as well. This Mortal Coil is song that reminds me a lot of Dream Theater, and it's a great opener while Dancing On Gravestones is easily the longest track Tre's ever written, it is easily his best. This track in particular runs the gambit, taking sounds from the likes of his typical deathcore and djent to progressive rock and metal to jazz and classical music. There are times in both these tracks where it felt like I was listening to something from a video game, like Mario or Final Fantasy, which really impressed me.
Overall, this release holds some of Tre's best material yet, with half of it pretty much blowing away everything else he's ever done to be honest. I wasn't really feeling the two middle tracks despite their obvious progression from his previous work. Definitely check this out if you like progressive metal or djent or stuff like that, you will not be disappointed.
Overall Score: 7.5
Highlights: Dancing On Gravestones
Posted by maskofgojira at 12:50 PM