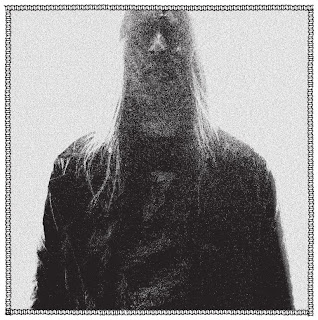 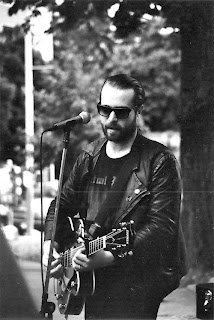 When I first saw this album, I had no idea what to expect, I mean the cover screams one thing while the music itself is another. Sole member Thomas Jefferson Cowgill comes from blackened death metal group Book of The Black Earth, which he is apparently no longer a part of, but he demonstrates something much different in this project. I was actually quite excited to listen to be honest because I wasn't sure what to expect going in.
Unlike his previous band, which I never cared for to be honest, the now solo Cowgill is able to craft some rather haunting songs. These are some reverb-drenched folk songs that recall elements of country and martial industrial styles from time to time and influences from the likes of Death In June and Current 93 seeping through as well. Cowgill has a good grasp on making songs that reflect different sides of emotions, there are more upbeat tracks, River of Gold, as well as more down tempo ones, No One Is Here. Despite there being ten songs, this entire release is just under twenty-five minutes, which should tell you how brief these songs are. In addition to that, the production is also pretty raw, giving these songs that lo-fi sort of quality that makes so much indie folk praised over, but makes it interesting with various atmospheres coming in and out.
I wasn't sure what to expect upon first listen, but with each and every listen it just grows on me. It's a very enjoyable experience that I expect to be headed for my end of the year EPs if even more listens bring a similar sense of fulfilment through listening. Definitely look into this if you like more neo-folk/martial industrial sort of stuff, you won't be disappointed.
Overall Score: 8
Highlights: Witches Hammer, White Hands, Love All Around You
Posted by maskofgojira at 9:46 AM