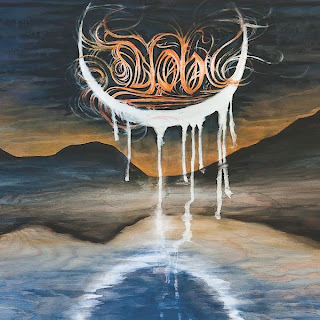 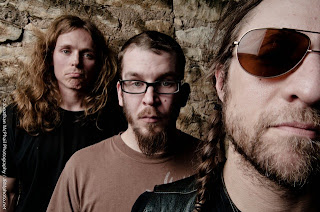 I feel like a complete newbie when talking about YOB, a band that I've enjoyed every now and again for the better part of three or four years now. Despite my enjoyment of them, I know a guy who is not only a bigger fan than I am of the band, but also a much more avid listener of the band. I can't hope to match him in terms of knowledge or even enjoyment, because I know that no matter how much I might enjoy this, he'll enjoy it more, but here's my go at it.
While always firmly rooted in doom, and occasionally sludge, YOB has always been about expanding boarders of slow and heavy music. Bringing traits that are more commonly associated with heavy metal, stoner rock, death/doom, and post-metal into the fold throughout their six full-length discography is what has brought them so much critical success within the last few years since their reformation. You can't mess around with a band that's been willing to venture into new territory but has never sounded like anyone but themselves for years. Now, when I first listened to this record, although I liked it, it was something that just seemed too solid for me to penetrate, and it took me a few more listens, while it was acting as both foreground and background music, for me to really get into it.
One of the things I've always been amazed by with the band has been founding member, guitarist/vocalist Mike Scheidt, vocal range and I'm a lot more clean, but as he said, a lot more challenging than on any other record. But of course you can't mention Scheidt without talking about his guitar playing, his grounded approach to riffing is very down to earth and solid enough to really get pull you along with whatever groove he's playing out as well as being memorable. There has also always been that hint of psychedelia that just broadens their spectrum ever so slightly that it brings some air into their more grounded style of playing. Tracks like Before We Dreamed of Two and the epic closer Adrift In The Ocean both feature moments of psychedelic bliss with parts that just open up and let you sway along with them. In my mind, it's got to be impossible not to get into some of the grooves on here, they just plod along at a pace that's not too slow, but not really mid-paced, great stuff. However, the most important thing on this record has to be the songwriting, build-ups, climaxes, falls, parts that ebb and flow, more straightforward moments that are more driving, all compact into a five songs.
This album really distinguishes itself from all the other albums YOB has released thus far, and stands to be their crowning achievement. This is a record that just grows with every listen and gets better, I should add. If you like music that's slower and heavy, check this out, you won't regret it.
Overall Score: 8.5
Highlights: Atma, Adrift In The Ocean
Posted by maskofgojira at 8:04 AM