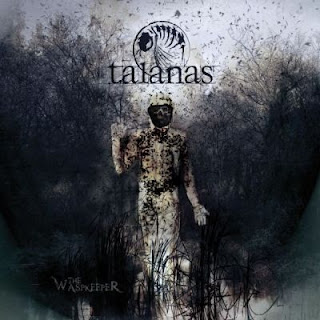 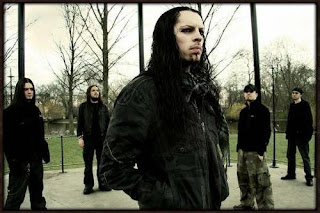 Talanas was a band that definitely caught my attention last year when I heard their debut EP. That EP wound up in my top 10 EPs of last year, so I was definitely anticipating this album. I was excited to hear how the band had progressed in such a short amount of time.
To refresh any one's memory on what last year's "Reason & Abstract" EP sounded like, it was a very fresh take that melded elements of Meshuggah, Emperor and Ihsahn, Opeth, and Necrophagist elements all together in a rather fresh, but unrefined way. This full-length sees the band taking those elements into a much more original direction, one that has drawn one comparison, Akercocke, Penetralium stuck out the most to me in that regard. Honestly, I'm not the biggest Akercocke fan, so I don't know how exact the comparison is, but from the few songs I've heard from them, there is a definite similarity between the two. You'll find a similar atmosphere of almost classical nature throughout, but extremely dark as well. There's also a sense of moving around extreme metal without sticking to a singular style, you'll find death, black, doom, thrash, and progressive all intermingling with each other on here, making it hard to really categorize this.
You'll find each song on here is well crafted and put together, hear songs like Elsewhere, But For The Giving, showing a range of dynamics that these guys can work in. In all honesty, not all the tracks on here are great, some of them feel a little dull, opener, Ananta (The Portrait), did feel a bit like it was just running in a circle and didn't really go anywhere, but a track like The Ecstasy of Betrayal was totally a great song and really moved around while throwing all sorts of different sounds at you. Personally, I really love the clean vocals on here, they're really distinguishable from other bands, and they're in a lower register, which is nice to hear since most vocalists are more in the tenor range than bass. I'd love to hear some more guttural growling surprisingly, when it was used, it really accented the parts, but that's just a personal preference.
It's a nice album, if a bit inconsistent, but there are definitely more pluses than negatives on here. I'd love to see these guys hone in on their songwriting more now that they've really started to get an original sound. Definitely look into this if you like extreme metal with a lot of clean vocals.
Overall Score: 8
Highlights: The Veil & Its Behest, The Ecstasy of Betrayal, The Unhealing I
Posted by maskofgojira at 8:02 AM