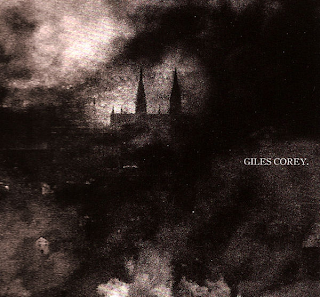 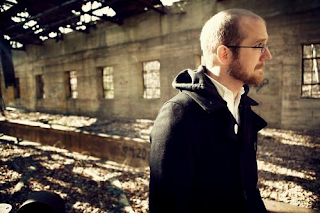 Dan Barrett's, of Have A Nice Life, solo album which has gotten nothing but praise from friends of mine. I've been debating if I should have reviewed this or not, mainly because the people whom I respect enough to really give a good impression on albums had made personal connections to this album. Out of fear, because I haven't really listened to Have A Nice Life before, I really have had to think about how I was going to approach this disc.
As soon as the opener, The Haunting Presence, began it's almost painfully obvious that there's something different going on here than on almost any other record. This is emotional, take that any way you like, but there's more than one point where I was almost disturbed by it. I won't lie, this is very off putting, I was considering not reviewing it all the while listening to it simply because I felt very uncomfortable while listening to this. Written at the height of Barrett's depression, it's almost painfully obvious to hear what kind of mental state he was in while writing and recording these songs.
Stylistically, while I would definitely consider this to be a singer/songwriter oriented album, that tag is pretty broad. There are up-tempo numbers with acoustic guitars, Blackest Bile, as well as really depressive songs, A Sleeping Heart. Within that I get hints of Tom Waits kind of stuff, some more Tim Buckley-esque parts, and then the obvious nods towards his more familiar work in the shoegaze community. You'll also find a lot of building in these songs, from more simplistic beginnings, most of these songs just grow and intensify as they progress. Horns, piano, acoustic guitar, choirs, and organ are just some of what litter the instrumental side of this disc, each providing something different in the context of near heartbreaking to lullaby-esque topics and feelings. Barrett's style of singing really brings home the melancholic atmosphere of the music backing him, with near spoken lines and hauntingly beautiful melodies lightly gracing the top of these songs, it's pure and it's alive.
In all honesty, I'm not sure I can score this thing, it's really touching a moving in some spots, but really crushing and tender in others. It's too emotional for its own good, and that might be it's only real downfall. Check it out if you want to hear some brutally weighty singer/songwriter stuff.
Overall Score: 9.5
Highlights: Every Track Is A Highlight
Posted by maskofgojira at 10:43 AM