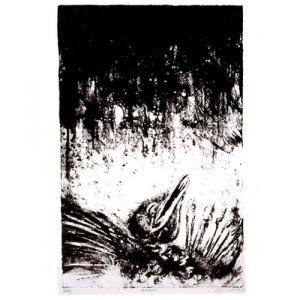 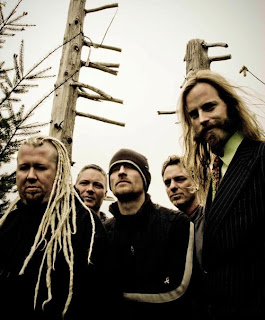 When I was first discovering drone music I was looking for bands that were perhaps more accessible than others for a first listening experience. Being a huge Mr. Bungle fan, when I heard guitarist Trey Spruance was playing in a done doom band called Asva I was interested. Since then, Asva has been one of the constants in my drone playlists.
I can still remember Trey Spruance calling Asva desert doom back when he was still in the band, and that was a tag that really intrigued me. What's most surprising is the fact that on the band's past two full-lengths, I found it very appropriate, but on this new album, I don't get it nearly as much. This album doesn't really have as much of a dust/sand blowing in the wind kind of vibe on it; instead, I could relate it more to an actual day in the desert with opener A Bomb In That Suitcase being the sun rising over the desert sands. Very melodic and to an extent even post-rock-ish, but still very slow and shifting. This is easily the most meditative record the band has ever put out.
I really owe a lot to G. Stuart Dahlquist for always evolving the band into new areas while keeping the sound of the band very alive. All three full-lengths have evolved, with this one being the biggest leap forward in my opinion, bringing less of a "metal" sort of sound and one more reminiscent of ambient and post-rock music, more or less anyway. Whether or not this heightened sense of melody and ambiance is due to Toby Driver's influence in the band or not I'm not entirely sure yet, but it does work. When I first heard of Driver now being a member of the band I was actually quite surprised, and I wasn't really sure how his involvement would affect their sound. I'm still not sure whether or not I like his vocals on here, they're done well but I'm not sure if they fit, Personally, I've never been a huge fan of the trumpet outside of film scores or more orchestral based music, but Jake Weller's performance on here really silenced my doubts about a trumpet being used in Asva.
Trading one avant-garde composer for another hasn't harmed Asva in the slightest. Like their other work, and really all drone music in general, this isn't an easy album to get into, but it's still very good. Definitely worth checking out if you like minimal-based composition or drone or post-rock music.
Overall Score: 8
Highlights: A Bomb In That Suitcase, New World Order Rising
Posted by maskofgojira at 7:55 AM