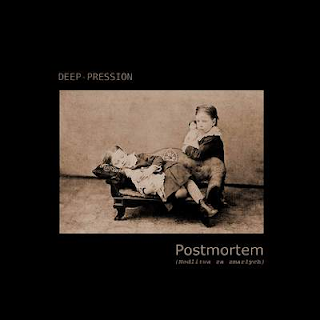 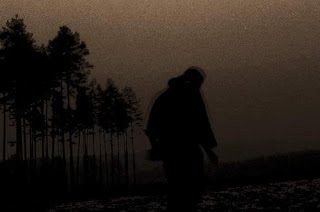 When I went through a bit of a depressive black metal phase a few years ago I remember first finding Deep-Pression. Along with groups/projects like Trist, Hypothermia, Silencer, and Make A Change... Kill Yourself, I had stumbled across the rather mysterious Deep-Pression. The project had released numerous splits, EPs, singles, and full-lengths of ranging degrees of quality with members ranging from the likes of Trist himself to more unknown characters, thus making the project a bit more enigmatic.
In all honesty and complete seriousness, though sarcasm doesn't really translate into written reviews all that well anyway, I've never been a fan of what this project has produced over their five or so years of existence. Their black metal stuff was, at best, passable, and some of the dark ambient stuff is just boring. So what does this new EP bring to the table? Well, at this point, it's pretty safe to assume that the guys who are involved at the moment have no intention on returning to a black metal sound at any time, because from this, and the little bit I've heard from the releases from last year, they seem a lot more invested in the area of ambiance. This four song release really doesn't explore all that much new ground for the project. Very slow and mournful melodies, buzzing guitars in the background, spoken word verses, and a sobering effect that will definitely get you out of a mood to rock out.
In my opinion, this project has not yet released anything worthy of merit, but this is the best thing they've released thus far. This album features some well crafted ambient pieces that don't feel nearly as long as they are. If you want to hear some well crafted dark ambient songs, check this one out.
Overall Score: 6.5
Highlights: Marche Funebre
Posted by maskofgojira at 6:23 AM