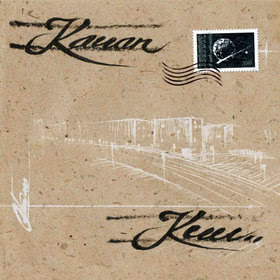 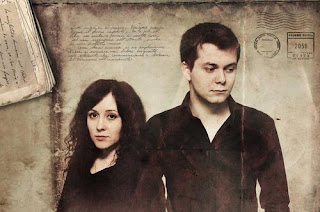 Kauan is a duo that I've been following for a couple of years now and have been impressed by their evolution. Throughout the three full-lengths that preceded this new one, the band moved from a more doom oriented sound into a sound closer to post-rock. Russian black metal has let me down a lot, but this is a duo who has been consistently good to me.
In a sense, I've kind of thought of Kauan's evolution in a similar sort of way to that of Anathema's move away from metal throughout their career. Both bands started within the realms of doom metal but have shifted with every album into more and more experimental and atmospheric realms of rock music. Personally, while I love all things metal, I find myself enjoying both Anathema and Kauan's more recent material which is far more ambient and textured instead of brutal and heavy. Though I don't really enjoy the electronic percussion used throughout the album, I find that it hinders only one track in particular, while not really doing much for the other three.
Songs are made far more emotional and beautiful, which is something that, despite post-rock being a genre that I do like, I have yet to find a band that really encapsulates beauty. Granted, I don't think the duo have mastered honing that sort of sound just yet, I still feel like there are parts on this record that kind of disrupt it, like the female chanting on opener Tähtien Hiljainen Laulu. I am a big fan of piano, and I love a good piano sound, it's one of my favorite sounds ever to be blunt, and I really like the synthesized tone on here; it's very fragile and delicate sounding and it blends with the ambient backdrop and occasional keyboard melody perfectly. In my opinion, the duo are at their best when they're performing more laid back and almost new age-ish sounds, I'm not a fan of the weird trancy synthes that appear throughout the album.
This is a decent album, I want to make it clear that I did enjoy this, but I do feel that it is not as strong as their last one. Those electronic elements really felt out of place on these songs and really hurt my opinion and view of the album. I still think that this project is well worth looking into if you like stuff like Anathema or Katatonia oriented stuff.
Overall Score: 6.5
Highlights: Ikuinen Junan Kulku, Suora Liila Sydankayra
Posted by maskofgojira at 10:54 AM