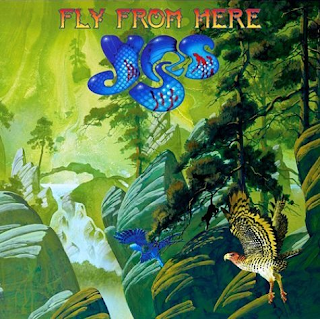 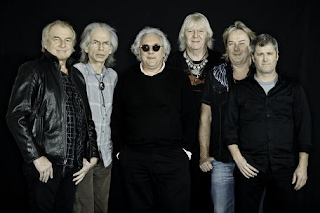 Yes, classic band from the late 60s and throughout the 70s, produced some of the best progressive rock albums ever made. Experienced quite a bit of line-up changes, and wound up going into a decline in the 80s and 90s before hitting an upstroke in the late 90s and early 2000s. This is their first album since 2001's "Magnification" and the first to feature vocalist Benoît David.
I know people who haven't already checked this album out are probably wondering what makes this any different from any other Yes album. I tell you right up front that this is no classic, though I'm sure most are probably already aware of that. Next, Benoît David is a good vocalist, not exactly as perfect as Jon Anderson was, but he more than certainly gets the job done. Personally, I feel like his voice is just a little to high for my own taste, it's not bad at all, but I am more of a Jon Anderson fan, nothing I can do about that. Having said that, I think his harmonies are just great, Hour of Need, really heartfelt and angelic, in a way. I think that the production has definitely improved over the last album as it's definitely not as chaotic sounding and a lot slicker and easier to swallow.
Aside from my own personal quirks about this album there really isn't all that much to hark on. The musicianship is stellar, and you can tell that, like the cover artwork, the band was trying to bring back that 70s kind of vibe. There's certainly a much quirkier side to the music, which wasn't always present in their releases throughout the 80s, like in Fly From Here IV - Bumpy Ride. I think it obvious every musician on here is trying very hard and performing very well, Chris Squire is amazing as always, never missing a step and always bringing great bass-lines to the table. Geoff Downes brings the 70s vibe home with his keyboards and drummer Alan White keeps things going without ever going off the handle. Now for Steve Howe, he's a great guitarist, obviously, but I feel like his performance is way too low in the mix on here; he has some great parts, but a lot of what he's doing is pushed behind the keyboards and bass most of the time.
This is a solid album, but like I said, it's no classic. There are moments on here that are certainly the best the band have sounded in decades, but others are just average. Definitely a good record though, check it out if you're a progressive rock fan.
Overall Score: 7.5
Highlights: Fly From Here II - Sad Night At The Airfield, Life On A Film Set, Hour of Need
Posted by maskofgojira at 11:31 AM