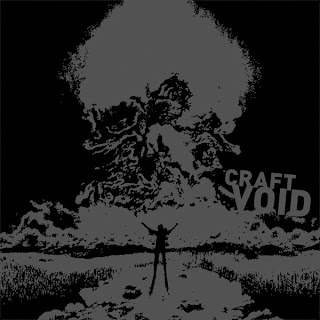 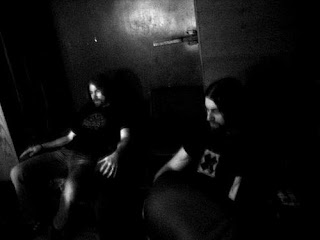 If only because of the name of their 2005 album, "Fuck The Universe," it was only a matter of time that I would become a fan of Craft. The strict take on black metal that was crusty and aggressive, isn't usually my thing, but the attitude just drew me in. It's been only a few years for me, but the six years between this and "Fuck..." has probably been a much more tiring wait for long-time fans.
If there's one thing I've come to like about Craft, it's their consistency among records. Previous records, in comparison to this one, really aren't all that different from each other, they're all pretty thrashy and raw sounding but with enough melody to keep a song interesting and memorable. These guys are still just as crude and angst filled as ever, which is a plus in my eyes, hence a song called I Want to Commit Murder. This record really isn't all that different in that regard, since all those elements can be found on here as well, but you'll notice a clearer sound, not polished, but definitely a lot more clear than previous releases.
Songs on here are still pretty streamlined and straightforward, you won't find a lot of deviations from a traditional black metal sound, but if you are, why are you listening to Craft. If you're listening to this record, you should know what you're in for, this is not going to go into weird, moody sections, jazz-influenced interludes, and clean singing, this is Craft, the same band that made "Fuck The Universe" and "Total Soul Rape," they're not here to be different, they're here to blast you into the ground with their brand of hateful black metal. Songs like Serpent Soul and Succumb to Sin just bleed their unique brand of hate, and it's great. It's not until Bring On The Clouds and the title-track, Void, where the band start slowing things down and, surprisingly, bringing in a lot more atmosphere.
It's a Craft record, for better or for worse, I knew what to expect, and it actually surprised me. While it's certainly not an original record, I still love what these guys do, and this record might just be my favorite given more time. Definitely check out this band if you like riff-based black metal that's pretty raw and primal sounding.
Overall Score: 8
Highlights: Come Resonance of Doom, I Want to Commit Murder, Void
Posted by maskofgojira at 6:08 AM