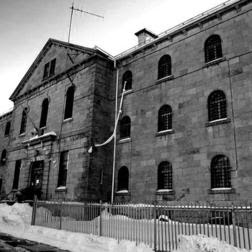 I'm not a fan of Xasthur, so the name of this project has a little bit going against it, just based on the fact that I think the name is taken from a song by Xasthur. Beyond that, I had no knowledge of what this project sounded like after receiving it. I have since read that it has been quite well received by quite a few people.
Once again, intros prove to be fairly useless, as the case happens with this album, but beyond that, you'll find an album that is quite the anomaly in post-black metal. Unlike the usual raw production style associated with a lot of newer bands and projects in this growing sub-genre, you'll find that this is a bit more polished and clean sounding. These songs also bring a bit more of a progressive element to their structures, they're longer, more twists are taken along the way, and songs definitely take more influences than from shoegaze and post-rock. There are definite traces that can be linked back to a group like Opeth found in here, as well as the obvious inklings towards Xasthur and Alcest. There are also clear nods to more melodic metal bands in the frequent use of guitar harmonies going on throughout a track like The Fallen Leaves Have Turned.
It's a little odd, I'll admit, to hear something this impressive coming out from, what I can only assume is, a new artist to the scene. I'm not sure how long it took to craft these songs, but they're well constructed and definitely a lot better than a lot of other bands who release their first albums in this sub-genre. Personally, I found the sound of the drum-machine to be a bit plastic and tinny sounding, hear Snow Stained Red, beyond that there really isn't that much I disliked about this. That track is actually the closest thing you'll get to a "kvlt" sounding black metal song and is arguably the most aggressive track on here.
This is definitely a very good debut, and I'm quite surprised that it is a debut since it is so good. I know some people won't like it because it isn't "post" enough, and some people won't like it because it is "progressive" enough, but it's a nice balance between the two. Definitely look into this if you like bands like Alcest, Opeth, or other stuff in that vein.
Overall Score: 8
Highlights: The Fallen Leaves Have Turned, As Rivers Crest
Posted by maskofgojira at 10:08 AM