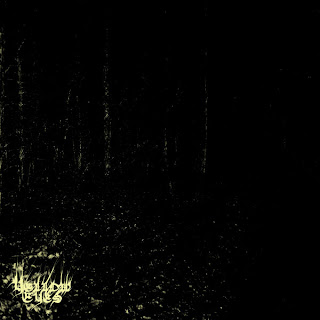 Yellow Eyes is a new band that I found through a relatively well-known blog where it was compared to the likes of groups like Krallice and Liturgy. Now, I'm a big fan of the former, and I do enjoy the latter, despite all the controversy surrounding them, so I was interested in how this would sound in comparison. I know that both are still pretty far removed from each other, but there's enough of a similarity to really get me excited.
While opener Guilt Lingers At Sunrise doesn't really provide much as for metal, the three minute drone does set up My Candle Is Gone But I Do Not Move rather well. The slow build-up to that track is used in a way where it isn't really long enough to be a nuisance, but isn't short enough to be inconsequential, it's just where it need to be before the latter track just bursts open with a Krallice-esque tremolo style. You'll also find that most of the "real" songs begin in the Krallice sort of way where you have a short amount of feedback open before they kick down the door with black metal riffing. The reason I used "real" back there is due to the fact that most of the black metal songs are interspersed with short folky instrumentals that are usually under a minute and a half long.
Granted, a lot of this album is based in the whole high-end tremolo picking style that bands like Krallice and Liturgy have made more "mainstream(?)," but on a song like the title-track, Silence Threads The Evening's Cloth, you hear the band branch out into some more low-end, mid-pacing. You'll also find a lot more atmosphere, or reverb, on this album than either of those bands though, which detracts a bit in terms of how much tension is built in a song, but that's just me. The use of vocals is about the same as with Krallice, very minimal, but you'll hear a lot more almost barked or shrieked vocals as oppose to the growling or screaming in that band, but again, all subjective.
I enjoyed this album, granted, it didn't hit me as hard as any of the Krallice albums have, and it didn't really build tension like Liturgy does, but this was still good. I'd definitely recommend it to people looking for some cool underground black metal with a lot of tremolo picking. Check it out if you're into black metal like those bands.
Overall Score: 7.5
Highlights: No More Than A Soaked Plank, Silence Threads The Evening's Cloth, Cathedral
Posted by maskofgojira at 11:19 AM