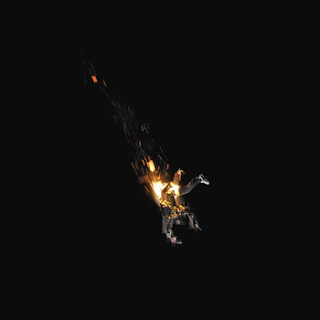 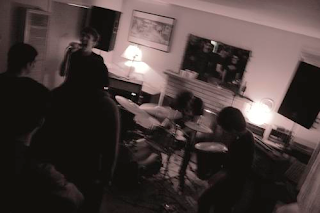 Despite this album having been out quite a while, I never got around to covering it. I've seen some other reviews that I felt gave this album quite a pleasing sound to it, which intrigued me. This is just one of those albums that I can finally get around to finally reviewing.
Taking a rather unorthodox approach towards playing heavy music, these guys remove guitars from the equation, allowing keyboards, synthe, and samples to provide the heavy sounds. While I'm sure for some this is an immediate turn off, no guitar must mean there's no distortion, no heavy riffs, no brutality in the music, well you'd be wrong. While this certainly doesn't have the more aggressive and perhaps bite of a guitar, the synthes used on here are plenty capable of not only taking the place of them, but also bringing a different sort of atmosphere to the album that wouldn't have been possible using guitars. Whether it's the more brutal and abrasive sounds on opener All The Ships Have Been Abandoned or the more epic drones of In Chains, Awakening, it should be more than obvious that guitars are not needed. I also feel like the keyboards add a great mixture of styles together that a guitar wouldn't be able to do as easily, there's the obvious doom and sludge metal elements, but the influence of noise, drone, shoegaze, and dream pop also seem to be filtered in there as well.
But in all honesty here, while the synthes are clearly the main focal point of this band, as the above paragraph would attest to, I feel like the drumming on here has been overlooked. The drumming on these songs is great, very diverse, making use of more minimal and sparse doom oriented arrangements to more aggressive and punkish blasts. I think that without the percussion on this album, this album probably wouldn't be as focused and exciting as it turned out to be. Having said that, I do believe that strong songwriting is definitely present throughout, a lot of these tracks feature an almost "poppy" nature to them that makes them memorable, makes them interesting, and worth coming back to again.
It's definitely an interesting record with some really unique sounds, but strong songwriting as well. While I can't say that this is the most original sounding thing yet, I do believe that these guys are closer than most to achieving something very unique and different. Keep an eye on these guys and check this record out.
Overall Score: 7.5
Highlights: All The Ships Have Been Abandoned, Evening Redness, Desire, Either
Posted by maskofgojira at 11:41 AM