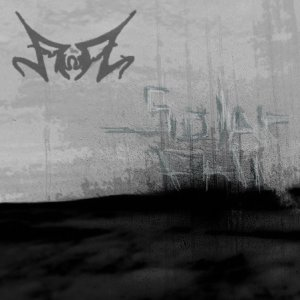 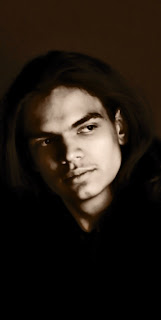 It's rare in the whole post-black metal thing, I actually don't think I've come across it yet, for a "double album" to be released. Though coming from Russia, nothing should ever really be expected, I wasn't sure how this six song album would justify itself. After a few listens I can't say I found that answer.
If you're a fan of extreme music you should know that song lengths that top four or five minutes is nothing special, but when you have an album where half the tracks top twenty minutes, you're really showing some balls. Granted, being experimental helps, making use of sounds the range from drone and ambient to the obvious inclusion of shoegaze and post-rock, all being integrated into black metal shouldn't have been a problem. All of these sounds, and actually a bit more, have all been mixed into this ninety minute release, for better of worse I guess. I'm not sure if symphonic or classical music was an intentional influence on here, but one of the things I enjoyed about this was the use of guitar and piano harmonies, which were limited, thankfully, and thus, not overused.
I think that an album that puts you to sleep is not a good sign, unless it's like the sounds of nature albums, and unfortunately that's what happened to me while I listened to this. I'm sure it won't come as a bit surprise at this point, but I actually find the three shortest tracks, or interludes, to be the best on here. The three epics that make up more than a third of the album's total length seem to devolve into self-indulgence and create an absolute sense of boredom. A song like Not Timeless, Out The Time We Are... is twenty-five minutes long and more than half of that time could have been cut off and the impact could have been the same. Every time I listened to this, about half way through I would always get a headache, yet another thing that you shouldn't have happen to you when listening to an album.
In all honesty, this was a completely mess, the songs are too long, there isn't a whole lot of interesting parts to really want to go back to, and it's a very tiring listen. After listening to this, I couldn't help but wonder if there was anything I enjoyed about this at all. If you like depressive, atmospheric, post-blackgaze, you might enjoy this, but otherwise I'd advise you to stay away from this thing.
Overall Score: 2
Highlights: Dust I, Dust II
Posted by maskofgojira at 11:42 AM