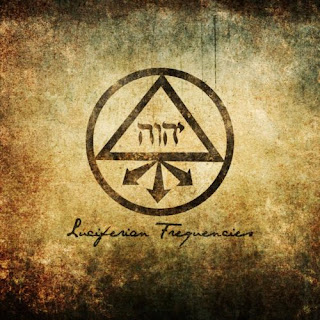 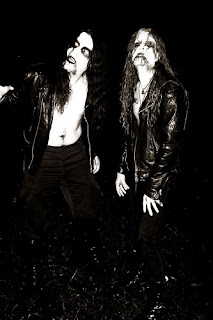 Portugal is a country who's metal scene I'm not too familiar with, to be brutally honest. Sure, I think most metal fans at least know of Moonspell, which has to be one of most well known groups to come from Portugal, but they're far from being as underground as these guys. Having been around for surprisingly over a decade already, I'm a little shocked more people don't recognize them.
Though I've certainly listened to my fair share of their albums, I can't say that I've enjoyed one of their releases as much as this one. Where previous albums weren't so much bad as much as I personally felt they kind of dwelled on a single idea too often, with my last favorite being 2001's "The Fire God" album, this new album really moves around and explores different sounds and tempos a lot more often. I also, surprisingly enough, found a wide spectrum of vocals, from the usual raspy screams and howls to almost breathy, clean vocals, Crystal Glaze Foundation. Granted, this is still a black metal album, you will have blast-beats, tremolo picking, and a brooding atmosphere hiding behind it all, so it's not like these guys have gone off the deep end and done something too out-there.
What I think makes this release stand out for me, is the much improved sense of songwriting. No long do I feel like I'm seeing glimpses of good songs that just end or go nowhere; instead, what can be found on here is a blend of traditional black metal intensity mixed with a lot more melodic songwriting craft. A song like Paths of Human Puzzles definitely highlights the band's evolution from more straightforward, black metal into a much more identifiable groups by exhibiting plenty of variety within it's four minutes. Having said all that, this isn't really a diverse album, as most of the sounds heard on here have been heard before in black metal before, so there really aren't any surprises on here if you're looking for something original.
Definitely the band's strongest effort yet, in my opinion of course. I'm certain people will disagree, but I personally see this album as a major improvement from the previous couple. Definitely look into this band if you like more melodic sounding black metal.
Overall Score: 7
Highlights: The Styx Reflection, Deliverer of Light, Be Dark Thy Light
Posted by maskofgojira at 6:48 AM