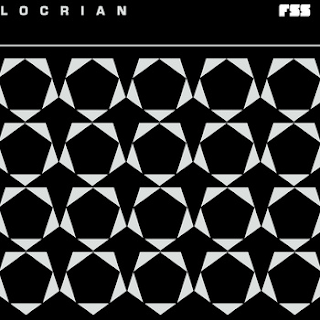 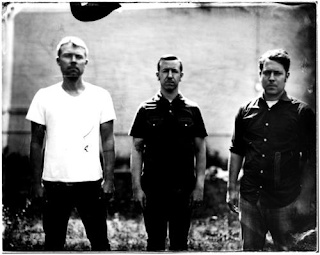 I'm sure my recent fascination with Chicago experimental noise trio Locrian is really starting to show in my more recent reviews of genres outside of metal. I've been lucky enough to collect up some stuff that's pretty hard to find, and this new single intrigued me, and others as well with it's take on a classic song. Being a band that I am becoming more and more enamored with, you could only imagine my excitement to hear that anything new is coming out from these guys.
It's hard to really imagine how an experimental group could take on a krautrock song by Popol Vuh, but if you imagine, but it's actually a lot more successful than even I thought it would be. When I first heard about the cover, and the few reviews I had read about this release, I expected something a lot more chaotic and noisy, but instead it feels a lot more focused and hypnotic, and really takes it into a much clearer realm of sound than I imagined it being. The other half of this single, Frozen In Ash, is a much more aggressive piece, taking the band's sound into a more chaotic, yet melodic mind you, black metal sound.
I'm a huge enthusiast of this band and I hope that some of you will check them out from reading these reviews. It's hard to really decide which of the two pieces I enjoy more because both are really well crafted and performed. If you like experimental music, I highly recommend Locrian's work in general to you.
Overall Score: 8
Highlights: Dort Ist Der Weg
Posted by maskofgojira at 11:21 AM