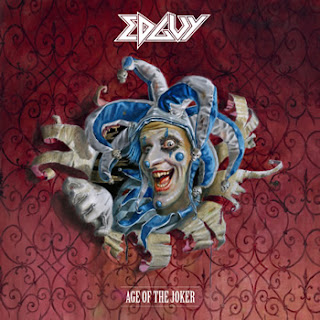 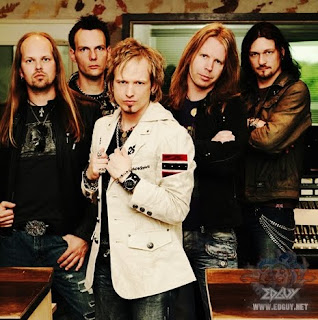 I know some people are going to be surprised to see this album on here, but believe it or not, I grew up on this band. My dad is a huge power metal fan and so I grew up listening to records from Edguy. Sure, they're not my favorite band, but it's a band that certainly knows how to write a catchy song.
I'm not the biggest fan of power metal, I really haven't found anything worth covering, or really listening to within the last couple of years, whether it be newer bands or older ones. The occasional power metal album that I do listen to usually comes from a band that I grew up listening to, hence this one. Sure, I don't really expect power metal to enthrall me like it once did, but this album certainly has some of their most driving songs yet, Nobody's Hero is a song that just brings a more of their traditional elements into the forefront. I've never expected much uniqueness to come from power metal in general, but this band has been around long enough to kind of earn that right from me, they've already established their sound.
Surprisingly, for how unoriginal, and to an extent uninspired, their last couple of albums have been, I found that this album had a few gems of branching out and experimentation. Sure, like I said above, this album and band really are known more for writing big, up-tempo rocking anthems more than really anything else, but this is easily their most progressive album in a while. Progressive could be looked at as just the variety on here or a sense of experimentation, because both are true for this record. Like I said, up-tempo rock anthems like the aforementioned Nobody's Hero and Breathe aren't original in the slightest, but are sure-fire crowd pleasers, meanwhile songs like Pandora's Box and The Arcane Guild branch out making use of styles like bluegrass and 70's prog rock.
So while this is definitely Edguy's most expansive release in about a decade, it's main focus still appears to be on more anthemic rock songs. I'm sure if you don't like this band by now, this won't change your mind, and if you do happen to like them, this is just another one for your collection. Check it out if you like up-tempo rock songs, power metal anthems, and the occasional experimental track.
Overall Score: 7.5
Highlights: Rock of Cashel, Pandora's Box, Behind The Gates to Midnight World
Posted by maskofgojira at 10:13 AM