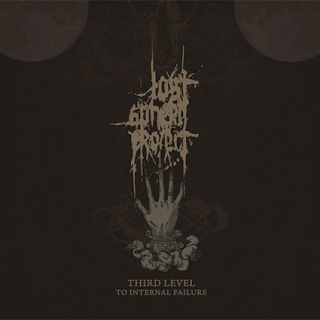 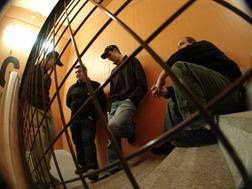 I was emailed a file containing this album by someone from Division records. I'm not one to usually turn away free music, so I thought I'd give it a shot. Along with doom metal, I honestly feel like the grindcore albums that I've heard so far have been pretty good for the most part.
No build ups, Paradoxal Sights opens up with straight ahead mathcore-esque riffing and being done in an almost sludge metal fashion. Being under twenty-five minutes in total, I guess you can't waste much time, but still, this thing just doesn't let up. When I first got this, they were described as grindcore, and while that is certainly still a portion of the band's sound, Post Tenebra Chao, maybe it was more prominent on their debut, but there's a lot of sludge metal and mathcore, maybe even technical death metal as well, in here that it's a little bit of a let down for me personally. Granted, their take on electronic music with grindcore in closer, Cetaceans Rippers, is pretty lame and cringe-worthy.
What I find the most interesting about this album is how memorable it turned out to be. Riffs in Devotees and Apathy are just nice little bits that stuck with me even after the album was all finished. Despite how frenetic this thing can be at times, shifting time-signatures like no body's business, Infinite Necropolis being a prime example of it, there's just nothing like having a good riff or melody in a song to make it stick with you. Be as off the wall as you can, just write a good song. I think it's a bit of a shame actually that all but one of these tracks are under three minutes, because Ice Mike, which just tops four minutes, is probably the best song on here, it's filled with a nice stuttered vibe to it, but keeps things on a more melodic route than other tracks on here.
I honestly enjoyed this album quite a bit, it's a really solid slab of mathcore/grindcore, and it has a decent personality to it as well. Perhaps a bit more melodic than a lot of other bands who are put into this genre, that might be why I wound up liking this thing. If you're into grindcore, mathcore, math rock, and the more technical side of death metal, I urge you to give this a moment of your time.
Overall Score: 8
Highlights: Devotees, Ice Mike, Vultures of Conscience
Posted by maskofgojira at 11:44 AM