Suicidal Nihilism - Within The Insane Asylum (2011) 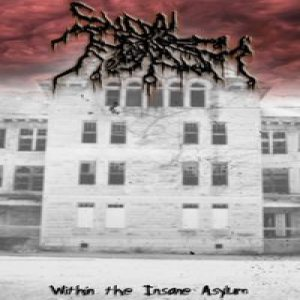 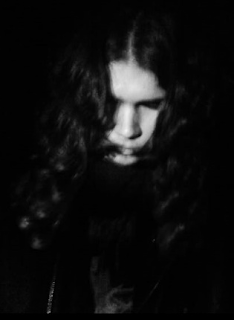 I don't think me checking this record out has to do with the style of it or hearing good things about it, cause I've actually heard nothing about this thing, but more about the idea. Within the depressive black metal scene I'm actually surprised that I haven't seen or heard the idea of asylums and metal illness used more. I'm more or less interested in how someone takes this idea and translates it into music.
Though the ideas of insanity and asylums have been explored in some more widely known groups and people, from this genre being most obvious is that of Nattramn of Sweden's Silencer. While it's ultimately debatable whether or not this has the same level of sheer emotional content as that band made use of, I find this record to more of less be in the same vein as a lot of other bands coming from this scene nowadays. You'll find very long and drawn out passages of guitar lines, shrieked and moaned vocals, very somber atmospheres, but above all the creation of a mood. Personally, I'm not sure if I find this depressive or just masochistic, because I don't feel sad or melancholic when listening to this, I hear someone tearing themselves apart, especially with the vocals. In comparison to other groups and projects, the vocals definitely feel more emotive, but at the same time, do border on the line of being very over dramatic, like the closing minutes of Through Lobotomy and Paranoical Walking where the whole thing kind of devolves into a parody of how it started.
Within these four track, one of which is an intro, you'll find a sound that is, for all its varying degrees of emotional content, inconsistent. The sounds you'll find on here range from the typical fuzzed out guitars to more synthe noises and ambiances, but the mix is totally botched. The guitars, while not doing anything all that exciting anyway, are way too far back in the mix, laying near the back of the mix; meanwhile, you'll find a good portion of the synthe to be near to the front of everything, falling behind the vocals, if that. By the time you reach Supplications At Ward 4 Before Suicide it feels like being depressive is no longer the goal and the project has transformed into a very low-grade post-black metal thing.
I really didn't get much out of this, unfortunately, because I did hope that it could at least encapsulate a little bit of the idea of insanity. But by the end of it, the whole thing feels like a bunch of scattered ideas for different songs that don't really fit together. If you want to hear an interesting take on depressive black metal check it out, but otherwise it's nothing special.
Overall Score: 3
Highlights: Return to The White Building In Insane Delight
Posted by maskofgojira at 9:21 AM