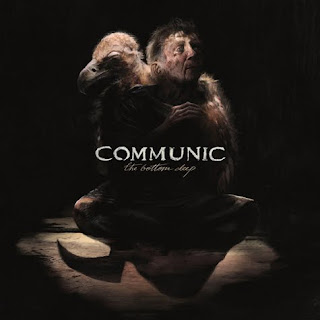 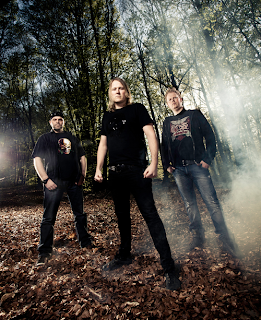 Unlike other power metal, which as I've previously stated has done nothing new or interesting in nearly a decade for me, Communic has been a recent band that's actually been good. I found them through my dad who is a fan of theirs and showed me their last album, 2008's "Payment of Existence." I later found out that vocalist/guitarist Oddleif Stensland used to sing in a great prog-metal band called Scariot that I really enjoy.
What stood out to me about these guys was how heavy and dark they were in comparison to all the other prog-power metal bands out there. Sure, there were no growling or screaming vocals, but the riffing definitely recalled elements of heavier thrash and a bit of death metal integrated with the usual styles. Plus, for only being a trio, their sound was a lot heavier than a good seventy percent of power metal bands out there. The comparison to Nevermore has obviously already been made, but it still applies to this new album, if that helps paint a picture as to how they sound.
But here comes the bad news from me, this album just bored me to death. Up to this point, I had thought the band were one of the few prog-power bands that were not only good, but doing something a little different, but this album just feels so uninspired. When I was listening to this, tracks like Denial and Voyage of Discovery just felt so bland and familiar to what the band had done before. This whole thing feels like ground that's already been trodden on by the band, and I can't really say that any of these songs really caught my attention all that much beyond a riff or weird chorus. Destroyer of Bloodlines was probably one of the few songs that I thought was really good because it seemed to experiment and move around. I also have to say, and it might just be that my distaste for most of these songs contributed to this, but, this album is just way too long, these songs don't feel like they go anywhere, so all these six and seven minute long tracks just become dull and boring after a few minutes.
By the end of this thing I couldn't help but shake my head, I had expected so much more from this band. This thing just didn't do anything for me at all and just made me want to listen to their older material. Check out the songs below if you want to hear some of the better parts of this album, in my opinion of course, but otherwise go for their previous three.
Overall Score: 6
Highlights: In Silence With My Scars, Destroyer of Bloodlines, Wayward Soul
Posted by maskofgojira at 8:36 AM